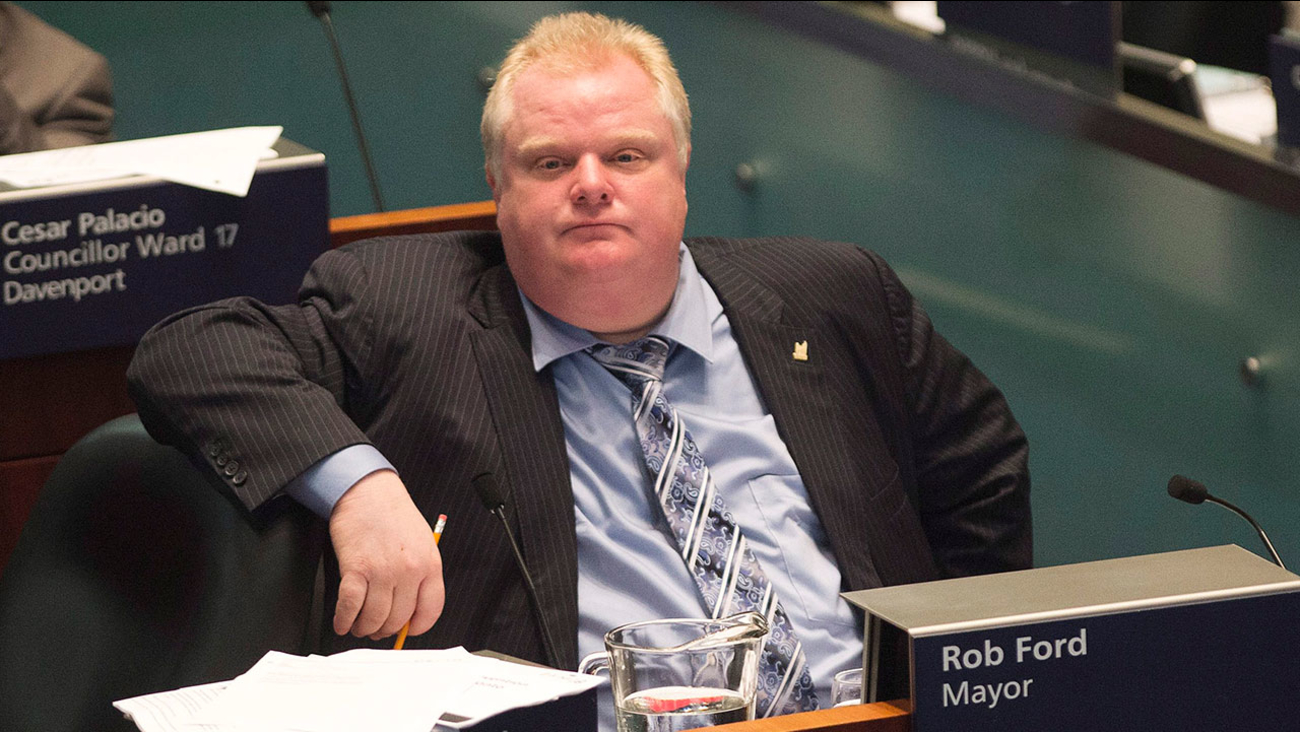 Toronto Mayor Rob Ford listsens to speakers at a council meeting about casino proposals at Toronto City Hall on Tuesday, May 21, 2013. (THE CANADIAN PRESS, Nathan Denette)

TORONTO -- Rob Ford, the pugnacious, populist former mayor of Toronto whose career crashed in a drug-driven, obscenity-laced debacle, died Tuesday after fighting cancer, his family says. He was 46.

Ford rode into office on a backlash against urban elites. He cast an image sharply at odds with Canada's reputation for sedate, unpretentious politics.

But his tenure as mayor of the country's largest city was marred by revelations about his drinking problems and illegal drug use. He was repeatedly videotaped and photographed while intoxicated in public.

His statements and actions became nightly fodder for TV comedians and an embarrassment to many of the suburbanites he championed.

Nevertheless, he was later elected by a landslide to a city council seat.