French nationals in San Francisco stunned by attack in Nice 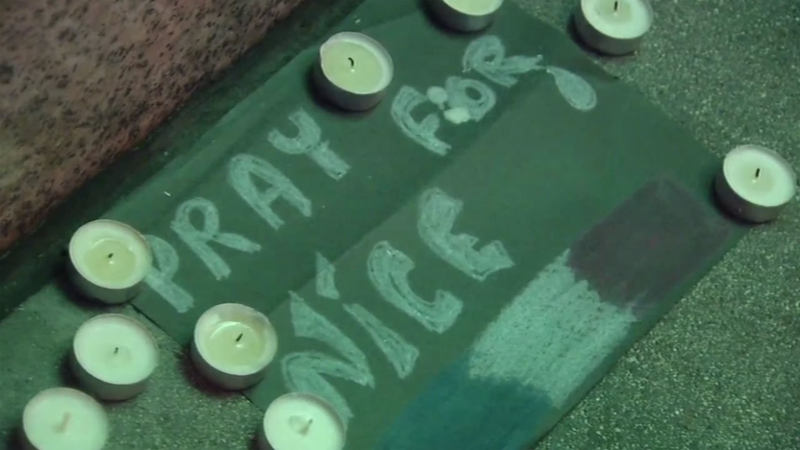 French nationals in San Francisco stunned by attack in Nice

SAN FRANCISCO (KGO) -- On Thursday night, a small group gathered for a moment of silence outside the French consulate, then together they sang the French national anthem.

Outside of the consulate, there is a sign that reads, "Pray for Nice."

A man who grew up in Nice says if he had been home, he would have been on the same street as the people who were killed.

Despite learning about the terror attack, Bastille Day celebrations continued in San Francisco as French nationals told ABC7 News they are determined to hold up the ideals of unity the day represents.

"I'm with the victims and the victims' families. I pray for them. It's horrible, I hope that it's the last time because it's horrible for everybody. I can't understand why some people do that," Paris resident Ludwig Horel said.

Many French are still grieving the terror attacks in Paris last fall. France will hold three days of mourning for the victims beginning Saturday.