KGO
By by Melanie Woodrow
BERKELEY, Calif. (KGO) -- UC Berkeley says conservative Ann Coulter's appearance next Thursday is canceled because the university can't secure a location, but the groups who invited her said she'll be on campus whether UC Berkeley likes it or not.

The groups putting on the event are not sharing where Coulter will speak, but said they are looking at several locations, including on campus.

Coulter took to Twitter saying: "Instructing Berkeley student group to spare no expense in renting my speaking venue - part of my legal damages."

Instructing Berkeley student group to spare no expense in renting my speaking venue - part of my legal damages. https://t.co/EQsiAEWPpW

This comes just after UC Berkeley officials told UC Berkeley College Republicans and the Young America's Foundation that it could not accommodate Coulter's visit next Thursday after heightened security concerns following protests as recently as this past weekend.

"We could not find a venue that would allow us to offer safety and security to the speaker, to those who would attend the event to our neighbors, as well as those who might choose to lawfully oppose her appearance," UC Berkeley spokesperson Dan Mogulof said.

"We've never actually had the support of the university. This is our third event in a row that has been canceled," Berkeley College Republicans spokesperson Naweed Tahmas said.

I acceded to Berkeley's every silly demand (never made of lib speakers). Called their bluff & they canceled anyway. https://t.co/EQsiAEWPpW

"Ann Coulter will speak at UC Berkeley whether Berkeley likes it or not," Young America's Foundation spokesperson Spencer Brown said.

College Republicans said they will announce where Coulter will speak early next week.

"There are several locations we have secured and are making sure are safe before we commit to those locations," Tahmas said.

UC Bekeley's spokesperson would not speculate about safety, but did say the university has an unwavering commitment to provide security for the campus and students.

"We're always concerned about our members in particular, we've been attacked, we've been spit on, I've been punched in the face, it's part of being a Republican in Berkeley," said Tahmas.

Below is a copy of the letter UC Berkeley sent to the Berkeley College Republicans on Tuesday night:

We understand that earlier this evening our Dean of Students, Joseph Greenwell, informed your leadership that despite extensive efforts on the part of UCPD and the staff within Student Affairs, we have been unable to find a safe and suitable venue for your planned April 27th event featuring Ann Coulter. We therefore must now work together to reschedule her appearance for a later date. We regret this outcome-especially given our unqualified support for our students' right to bring speakers of their choosing to the University, and our deep commitment to the values and principles embedded in the First Amendment of the U.S. Constitution.

While Registered Student Organizations like yours are independent from the University, and have the right to invite whoever they'd like to speak here, the campus retains responsibility for ensuring safety and security during such events. This includes the safety and security of invited speakers, of those who attend such events, of our community neighbors, and of those who choose to exercise their own First Amendment rights by lawfully protesting the presence of speakers with whom they disagree. In this context, we greatly appreciate recent public comments by your spokespeople, who have offered full support for increased security measures in and around high-profile events.

As a general matter, the timing of an event, as well the location and nature of the venue, play an important role when it comes to the safety and security of the speaker, attendees, our community neighbors, as well as individuals engaged in lawful protest. In the wake of events surrounding the planned appearance by Milo Yiannopoulos in February, as well as several riots which have occurred in recent weeks in the City of Berkeley, we have increased our scrutiny regarding the time and location of high-profile speakers so that these events can go forward unimpeded. We base our decisions regarding an event's timing and location on the objective analysis of the law enforcement professionals of UCPD as to how best to ensure safety for all while maximizing the chances that the event can take place as planned.
For that reason, when we learned through the newspapers that you had invited Ms. Coulter to speak here on April 27th, we immediately asked UCPD to conduct a comprehensive review of potential sites and security arrangements. Unfortunately, UCPD determined that, given currently active security threats, it is not possible to assure that the event could be held successfully-or that the safety of Ms. Coulter, the event sponsors, audience, and bystanders could be adequately protected-at any of the campus venues available on April 27th. One of the primary lessons learned here is that before a student organization commits to hosting an event on a specific date, we need to first work together to determine if a suitable venue is available at that time.

We realize that this is disappointing news, but the good news is that UCPD and Student Affairs remain firmly committed to working with you to find an alternative time and date for Ms. Coulter to come speak here at Berkeley. We expect most Mondays and Tuesdays in September during the day should work, though we will of course need to work through the details. To make this process a success, we will need at least four weeks notice to collaborate on identifying an appropriate venue, time of day, and security arrangements. We are confident that with sufficient lead-time and continued collaboration we can together do what is necessary to offer the broadest possible range of speakers and events on the Berkeley campus. 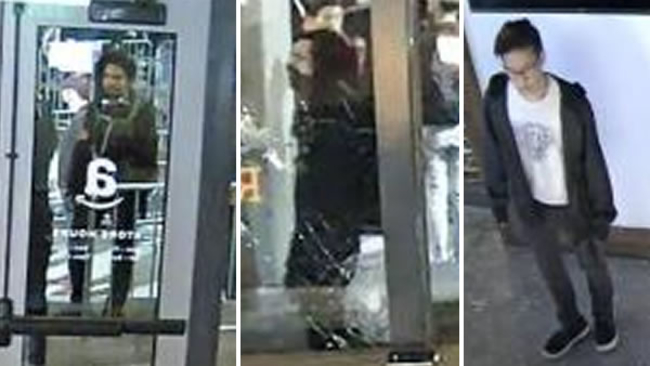