Group setting up cones for bicycle safety in San Francisco 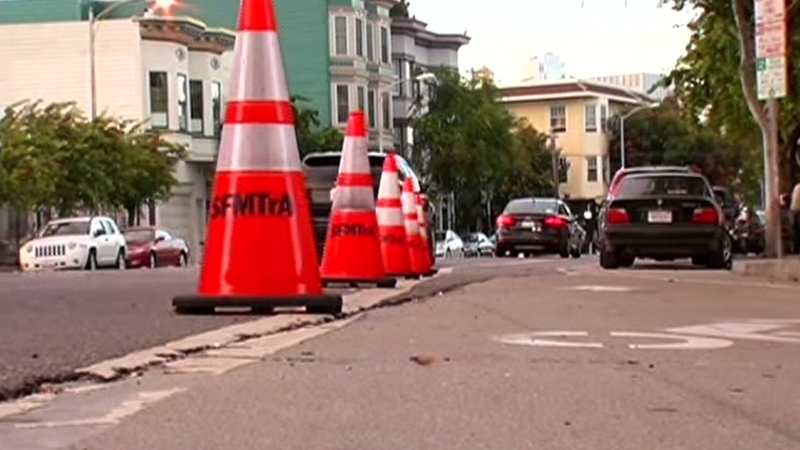 Group setting up cones for bicycle safety in San Francisco

SAN FRANCISCO (KGO) -- San Francisco bicyclists are taking matters into their own hands when it comes to safety. The group SFMTRA -- which stands for San Francisco Transformation Agency -- says the city is not doing enough to protect them on the road.

"Bicycling in the city is very dangerous, I've had a lot of near misses," said Jack Whiteford, bicyclist.

As he bikes around, Whiteford sees orange cones lined along bike lanes through the city.

"I had no idea who does it. I'm thrilled to know there are people who are looking out for the rest of us.

Those people are part of a grassroots movement happening in San Francisco and other major cities. Their mission is to create more awareness about bike lanes and the need for barriers to separate bikes and cars. A man who wishes to remain anonymous is part of the group; he says call himself "Cone Guy."

"There are similar groups doing this work all over the country in New York City, Seattle, Portland and Boston," said Cone Guy.

Two cyclist fatalities in early summer were the last straw, that's when he knew he had to do something.

"On the evening of June 22, there were two cyclists killed within a few hours of each other on city streets," said Cone Guy.