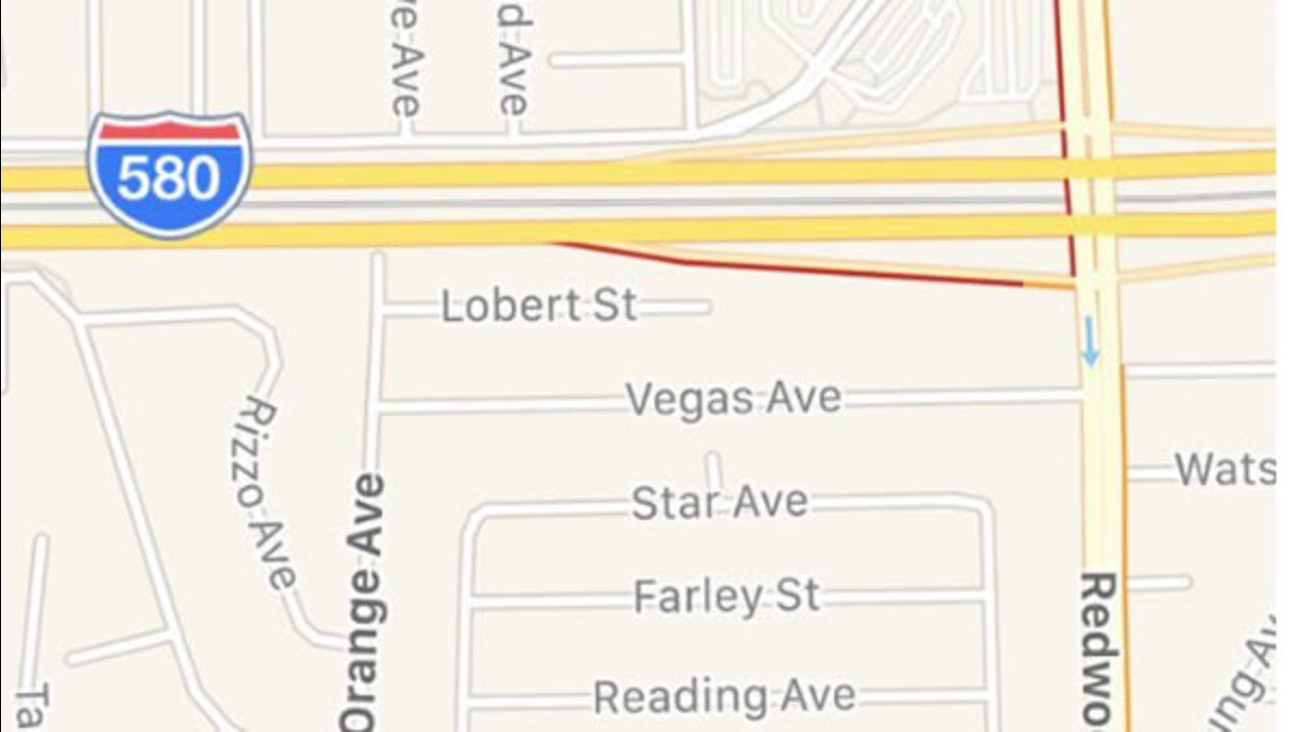 Police are investigating the report of gunfire on the easbound I-580 off-ramp at Redwood Road in Castro Valley, Calif. on Wednesday, January 4, 2017. (KGO-TV)

CASTRO VALLEY, Calif. -- Investigators are looking for two cars that were apparently involved in gunfire on a highway off-ramp in Castro Valley this morning, an Alameda County sheriff's sergeant said.

Gunfire was reported at the Redwood Road off-ramp from eastbound Interstate Highway 580, near the Castro Valley BART station, at about 11:50 a.m., sheriff's Sgt. Ray Kelly said.

Deputies responded and found shell casings on the off-ramp but did not locate any victims or suspects.

Investigators are checking surrounding homes and businesses in the area to make sure that they weren't hit by stray bullets. They are also checking area hospitals for shooting victims, Kelly said.

It appears the occupants of a bronze SUV and a silver hatchback were shooting at each other. Kelly didn't know if the gunfire started on the highway, but said that shell casings were found on the off-ramp.

He said investigators haven't determined whether it was a road rage incident or a targeted shooting.

The Redwood Road off-ramp remains closed for the investigation this afternoon. Kelly said deputies hope to have it cleared soon so there is minimal traffic disruption.