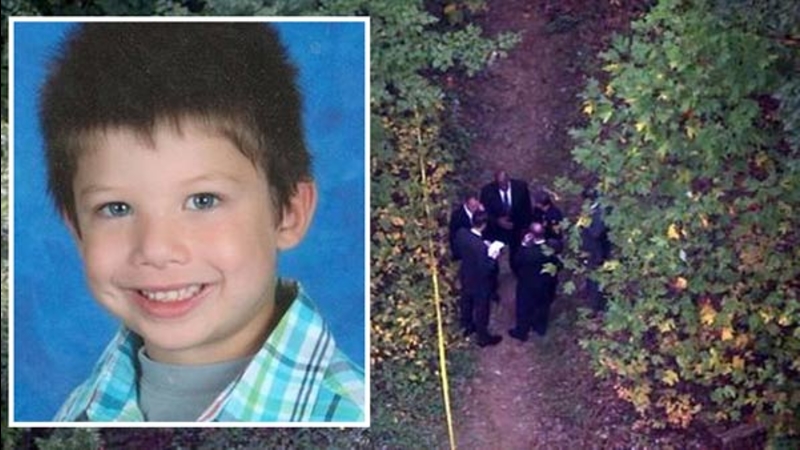 HADDON TWP., N.J. -- As the investigation continues into the death of 3-year-old Brendan Creato, police say they are aware of haunting social media posts by some of those close to him.

Brendan's body was found in a wooded area on the morning Oct. 13, in Haddon Township, New Jersey,
three hours after he was reported missing by his father, 22-year-old D.J. Creato, in a 911 call.

Brendan's body was found about a half mile from his father's home. The coroner is waiting for lab results before determining how the boy died. Autopsy results were deemed "inconclusive."

Meanwhile, two social media posts have come to the attention of police.

In one, Creato's girlfriend allegedly writes that she may be facing charges in connection with a murder investigation, and that Creato is in more trouble than she is.

Creato's lawyer, Richard Fuschino, says she's just being a dramatic young lady and he doesn't put much stock in what a 17-year-old posts on social media.

Investigators are also aware of a video Creato's sister posted on YouTube last year that features Brendan in a fake movie trailer about a child who goes missing and is later found dead.

Fuschino describes it as an eerie coincidence and nothing more.

As parents and their children gathered on Friday at Edison Elementary for the annual Halloween Parade, they expressed their frustration with the lack of answers surrounding Brendan Creato's death.

"A lot of people are worried that there's somebody lurking out there," said Kelly Bissey of Haddon Township.

"It's upsetting, it's disturbing, I've been thinking about it all the time, and we're waiting to get some answers," said Josh Zalkind of Haddon Township.

Creato's lawyer says his client is as anxious as anyone else to find out what happened to his son.