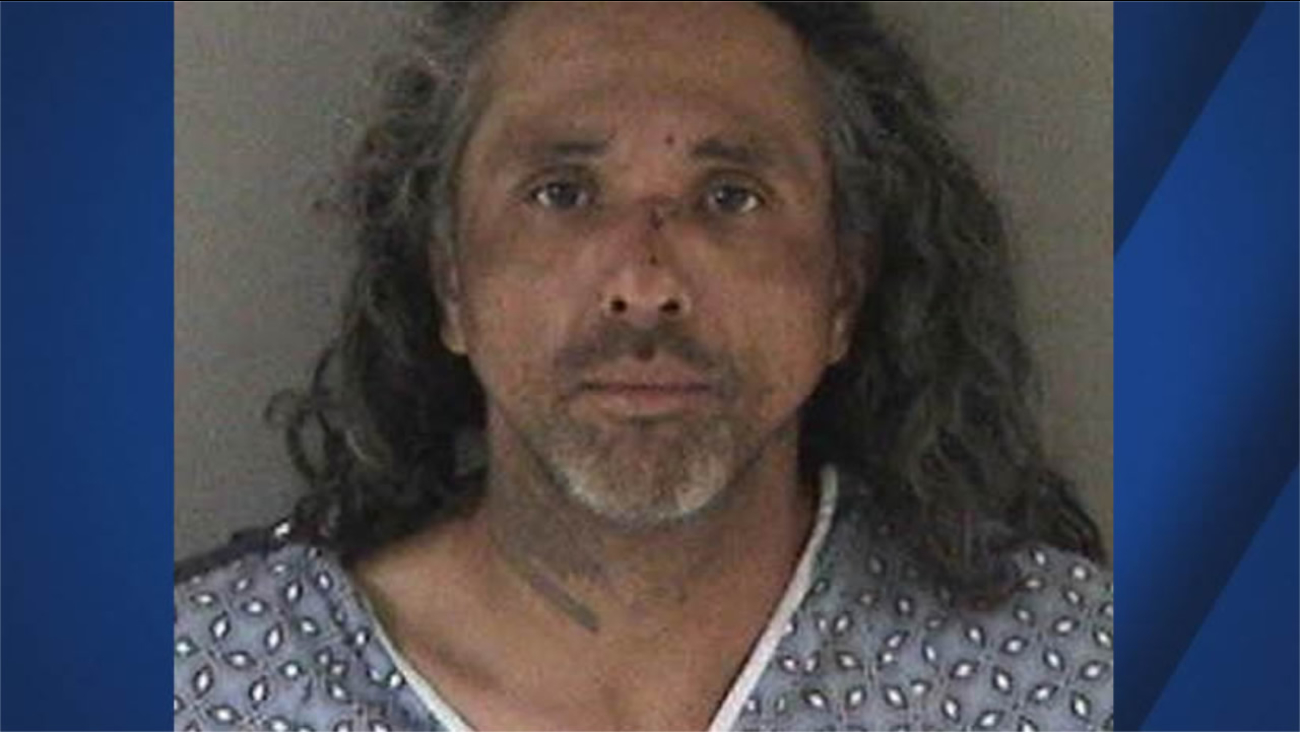 Hayward police have identified 43-year-old Victor Rubio of Union City as the suspect who allegedly doused several people with gasoline at a Denny's restaurant in Hayward. (Photo Courtesy of Hayward Police Department)

HAYWARD, Calif. -- Police have released the identity of the suspect who allegedly doused several people with gasoline Wednesday at a Denny's restaurant in Hayward and tried to set them on fire.

According to Hayward police, the suspect has been identified as 43-year-old Victor Rubio of Union City.

Prosecutors in Alameda County are charging Rubio with seven counts of assault with caustic chemicals, one count of willfully and maliciously attempting to set fire, and one count of child endangerment, police said.

Officers had responded at 9:54 a.m. Wednesday to the Denny's restaurant at 30163 Industrial Blvd.

According to police, the suspect was inside the restaurant eating breakfast when he got up, pulled out a container and doused several patrons, including a small child, and the floor with a flammable liquid.