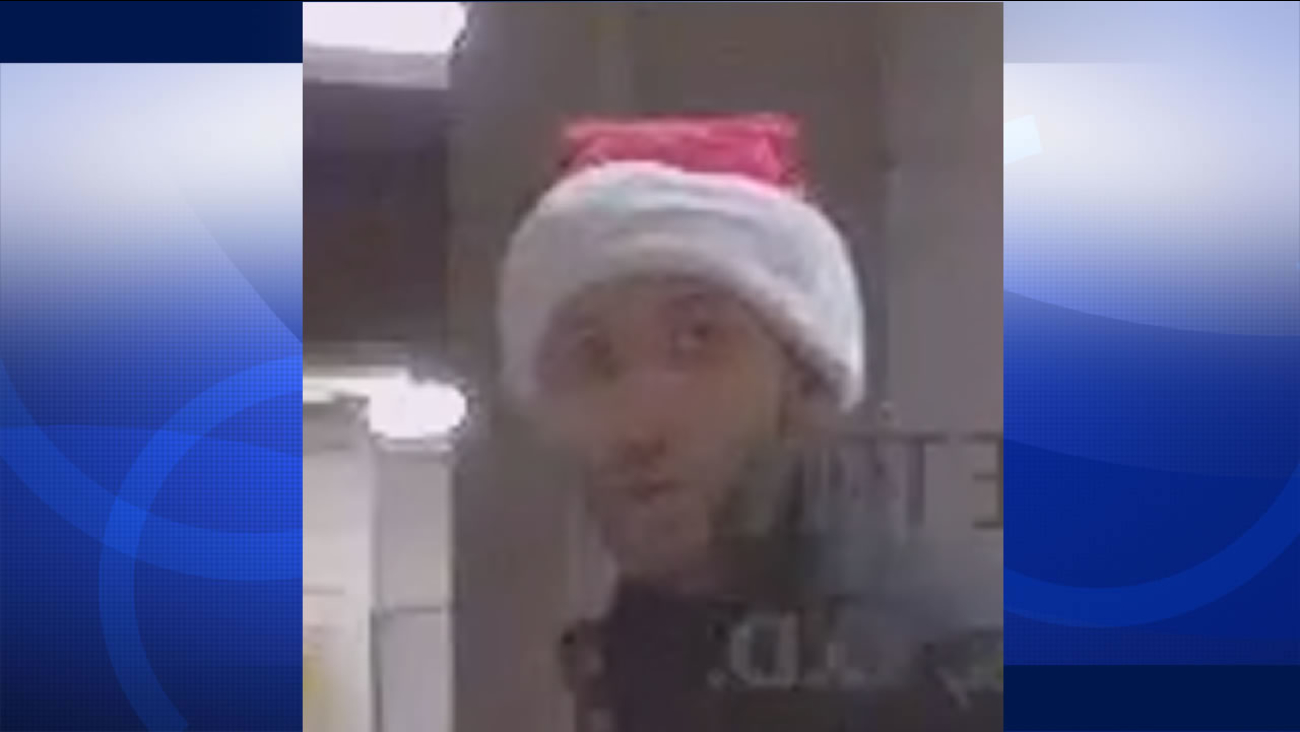 Police in Hillsborough are searching a man wearing a Santa Claus suspected of burglarizing a home and business Dec. 25, 2015. (KGO-TV)

HILLSBOROUGH, Calif. -- Police in Hillsborough are asking for the public's help to identify a Santa Claus hat-wearing man suspected of burglarizing a home and business early Friday morning.


The suspect gained access to the home's garage by stealing the remote garage door opener from an unlocked vehicle in the driveway, according to police.

Once inside the garage, the suspect took various items, including keys to a family-owned business in San Francisco.

The suspect then left the home and went to San Francisco at around 3 a.m. to burglarize the business, police said.

Officers were able to obtain images of the suspect from security camera footage from the business.

Anyone who has information about the identity of the suspect is asked to contact the Hillsborough Police Department at (650) 375-7470.

Police are also asking for residents in the area with video surveillance systems to share any footage they have that could assist in the investigation.
Related topics:
hillsboroughsan franciscoburglaryarrestsanta clauschristmaspolice
Copyright 2020 by Bay City News, Inc. Republication, re-transmission or reuse without the express written consent of Bay City News, Inc. Is prohibited.
More Videos
From CNN Newsource affiliates
TOP STORIES
EXCLUSIVE: Video shows racist attack on Black woman in Pittsburg