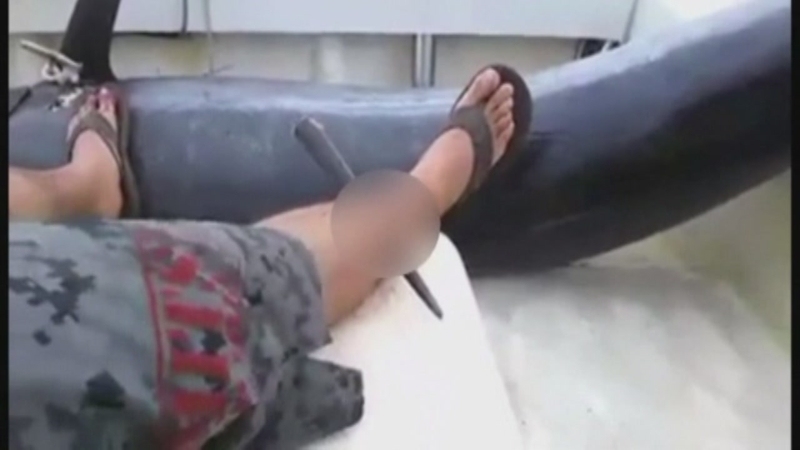 Man speared by a marlin

HONOLULU, HI -- A Hawaiian man is recovering after his leg was speared by a giant Marlin while fishing with his friends.

The fish speared Russell Ching's leg, pinning him inside the boat. He was trapped under the weight of the fish, which was more than 500 pounds.

Ching says his buddies fought the fish for about an hour before pulling it onto the boat. At that point, the Marlin was dead. However, as the men were dragging the big fish in, the Marlin's spear-shaped upper jaw somehow went through his leg.

"When it first went in, I couldn't believe how easy it went into my leg. I mean, it was like a hot knife through butter."

Luckily, the spear sliced cleanly through his leg, missing all major arteries.

Ching says his frightening ordeal was a good reminder to always respect the ocean.

Though Ching's friend sold the fish, Ching kept the tip that speared his leg and plans to eventually mount it.