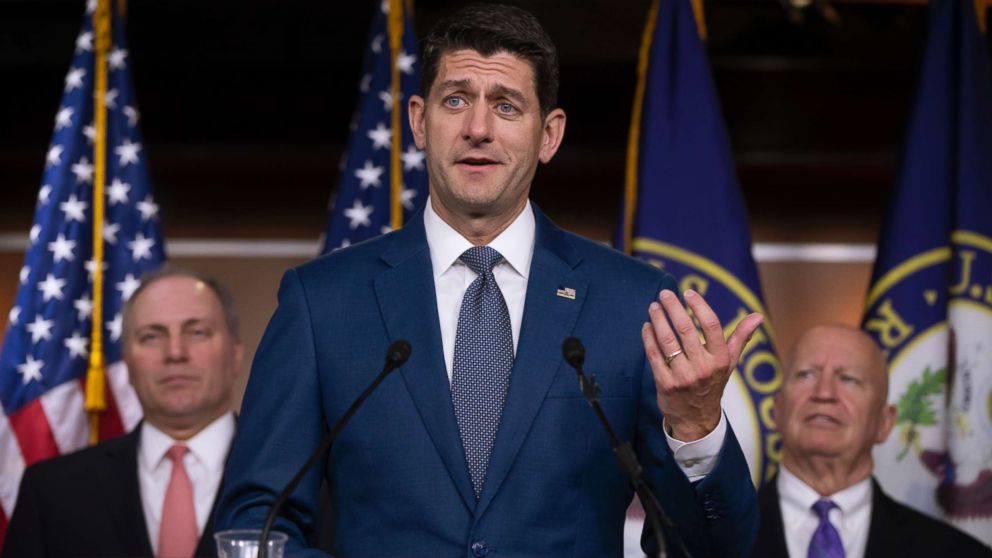 The House of Representatives rejected a conservative immigration proposal Thursday and delayed a planned vote on a GOP compromise measure from Friday until next week in another setback for Republican leaders hoping to take up immigration reform and tout their solution to the ongoing family separation crisis.

The postponed vote came after House Republicans emerged from a closed-door meeting Thursday night after two hours of discussions about how to tweak the proposal to get it closer to passage.

Republicans are considering additions to the legislation related to expanding the use of E-Verify - the system allowing employers to check if new hires are legally allowed to work in the United States - and visas for agricultural guest workers, a concern of Republicans in farm districts.

"People are trying to work towards getting to 218," said Rep. Tom Cole, R-Oklahoma, referencing the number of votes needed for passage.

It's unclear when Republicans will vote on the bill next week, and what exactly they will agree to add. The bill also includes language they say would stop families from being separated at the border, allowing the government to keep families together in detention for longer, or potentially indefinitely, as Democrats claim.

Earlier Thursday, by a vote of 193 to 231, the House defeated the Securing Americas Future Act of 2018, with 42 Republicans, including House Speaker Paul Ryan, not supporting the measure. The bill would have limited legal immigration levels while providing legal status for DACA recipients and authorizing $25 billion for a border wall.

Leadership promised conservatives a vote on the measure in exchange for consideration of the annual farm bill - which hard-line members of the House Freedom Caucus torpedoed last month over their demands for a vote on the Securing Americas Future Act.

Republicans had planned to take two immigration votes on Thursday, even though both were unlikely to pass and even less likely to be considered in the Senate.

Both proposals include provisions Republicans say would end family separations. Democrats argue that they would, if passed, allow the government to detain families together indefinitely.

Before the House has even had a chance to vote on the immigration bills, House Speaker Paul Ryan essentially acknowledged both votes would fail, blaming Democrats, who he predicted would not cooperate in the Senate to break a filibuster even if the House passed a bill.


Ryan also complained that Congress is dysfunctional without deadlines, and after the Supreme Court earlier this year essentially delayed the need for a vote on a DACA resolution until after the midterm elections, there was no urgency to act on Capitol Hill.


Asked what he'd do if both votes fail, Ryan said he would "cross that bridge if we get to it" before emphasizing that his goal was not to pass legislation, but rather to prevent the discharge petition from dictating which legislation the House would consider.

The big fear behind that effort was that the House - behind primarily Democrat votes - could pass the Hurd-Aguilar bipartisan USA Act. But Ryan believes Trump would need to veto that bill, and as his speakership winds down he's defending the president from having to cross that threshold.

Ryan added that if the House ever comes back around to immigration reform, he believes "the seeds for a solution" will still revolve around the president's four pillars of immigration reform - securing the border, solving DACA, ending chain migration, and reforming the visa lottery system.

Ryan said that President Barack Obama had 60 votes in the Senate and a large majority in the House "and did nothing" to solve immigration reform.