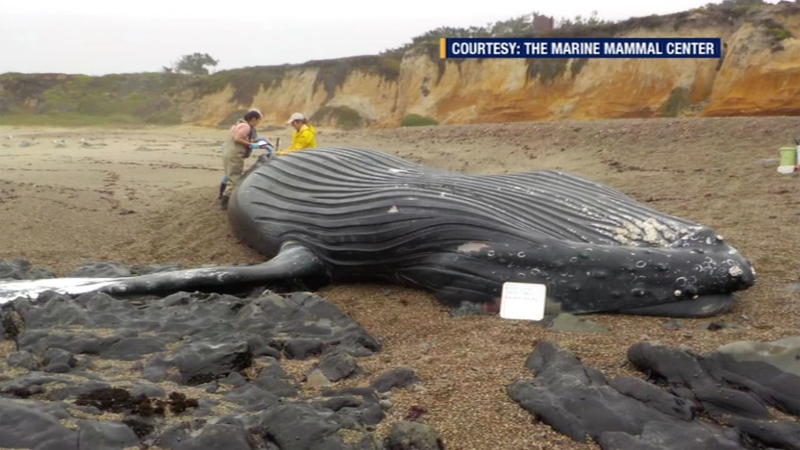 PESCADERO, Calif. (KGO) -- A young a humpback whale, one of the most endangered whales in the world, has been found beached near Pescadero.

Seagulls could be seen Monday cautiously surveying the next niche in nature's food chain -- the carcass of a 32-foot juvenile female humpback which washed ashore at Bean Hollow State Beach just south of historic Pescadero.

A group of Austrian tourists en route to Monterey stopped when they saw something unusual on the beach. "We were not sure what it is. We thought it was a blanket like an enormous or tent or whatever," Verena Ebner said.

"It was really sad, the way it was completely shredded," Lisa Schiller said describing the whale.

A dead young humpback found along beach at Pescadero, most likely killed in collision with a ship. pic.twitter.com/m6qCyJm7cB

Picnickers also stopped, but the stench quickly drove them away. "The smell is incredible," Lesya Castillo said. "We're going to go a little bit farther."

RELATED: Kayakers try to help when injured whale approaches them

On Monday morning, a team of scientists from the Marine Mammal Center and the Academy of Sciences performed a necropsy on the dead humpback. They found that it died from massive fractures to the skull, wounds consistent with a whale colliding with a vessel. Earlier this month, a dead 30-foot humpback was found off the same beach. It also most likely crashed into a ship.

Many humpbacks have been spotted along the coast these past months as the big mammals are migrating north and feeding close to shore along the way.

The Marine Mammal Center says that with the increase of whales in this area, it will be normal to see more strandings along the coast.
Related topics:
pescaderomonterey countywhaleanimalanimal news
Copyright © 2021 KGO-TV. All Rights Reserved.
RELATED 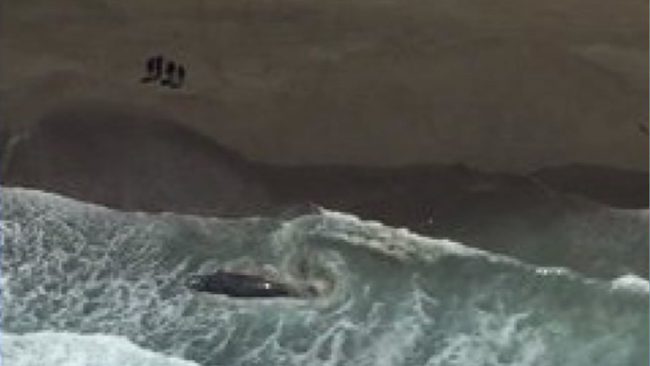 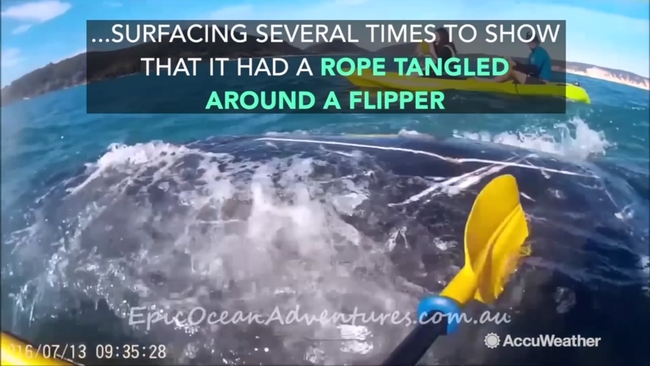 Kayakers try to help when injured whale approaches them 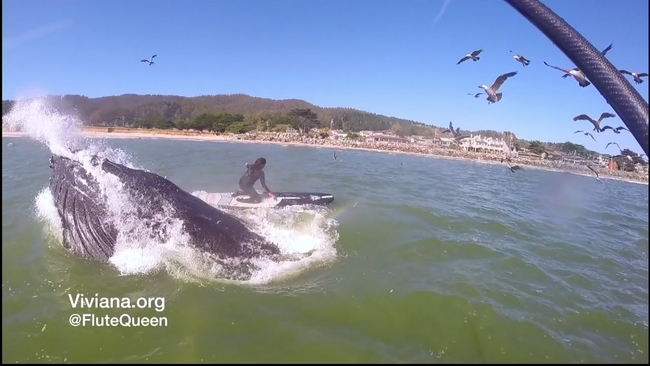