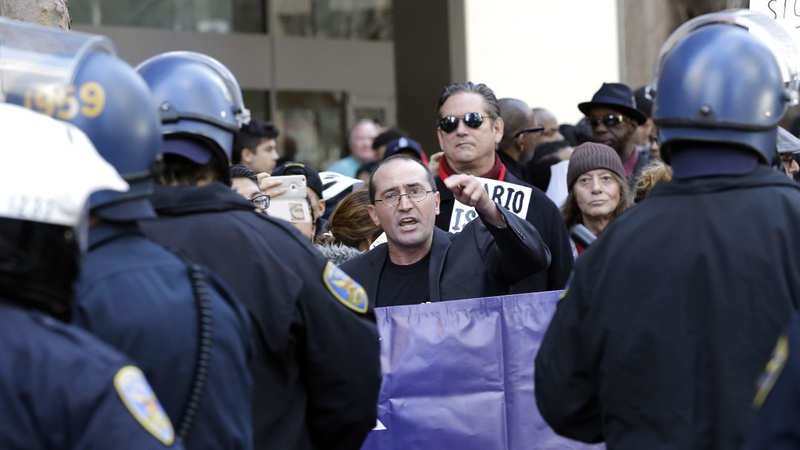 Hundreds march in SF to protest shooting of Mario Woods

SAN FRANCISCO (KGO) -- As many descended down to Super Bowl City for opening day, San Francisco police were determined to stop a group of protesters headed the same way.

Protestors for Mario Woods marched down city streets. It was no coincidence they chose Saturday to have their voices heard for an issue they say deserves more attention than the Super Bowl.

About 200 protesters took to the streets and calling for San Francisco's top cop, Chief Greg Suhr, to be fired. The call for justice stems from last month's shooting of a young black man named Mario Woods. He was shot by five San Francisco police officers during a confrontation.

"They don't deserve Super Bowl if they can't recognize all our lives matter," said one protestor.

In a game of cat and mouse, officers then moved down a few blocks blocking protesters, again. Drivers were caught in the middle of the action.

Eventually, officers escorted some of the protestors down to Super Bowl City where they dispersed, still carrying their signs and chanting their message to anyone who would listen.

"We are here to bring this news to people. We are not here to tear stuff up. We're not here to confront the Super Bowl or people here. But we're here to say that these people have to stop this," a protester said.

This is one of many planned protests leading up to the Super Bowl. Mario Woods protesters say they plan return Sunday. Saturday's protest was peaceful and there were no arrests and no injuries.