I-Team: Run-down boats off Sausalito increase, why no enforcement?

KGO
By Dan Noyes
SAUSALITO, Calif. (KGO) -- The number of run-down boats off Sausalito is increasing, with other harbors cracking down. As a result, police now report crime has jumped. Authorities are under new pressure to remove these boats called "anchor-outs".

Here is the way it's been: if you're having a hard time paying rent, don't worry about it. Just get an old, beat-up boat -- that doesn't even have to run -- and park it off Sausalito. You can live there! They've allowed that for decades, but now, the problems that come with anchor-outs are getting worse. 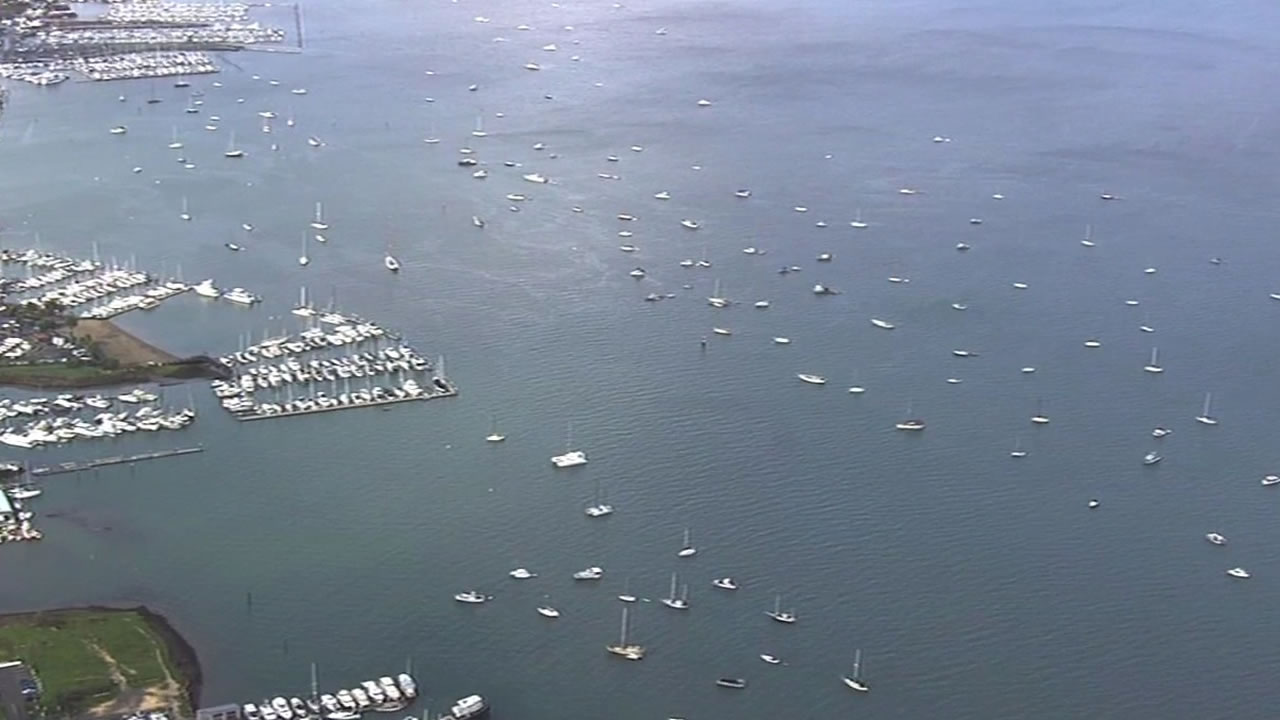 Clark Mason has lived rent-free off Sausalito for more than 30 years, but ABC7 I-Team Reporter Dan Noyes met him the morning after a winter storm blew his sailboat across Richardson Bay onto the rocks at Tiburon.

He didn't feel like talking at first. He and his friends had to pump out the water, keep more from lapping in, and move Mason's belongings to help the boat right itself. Mason told Noyes he slept through the storm.

Mason: "I didn't feel the impact, I didn't feel it hit the rocks."
Noyes: "And you were aground."
Mason: "Yep, I was here from Sausalito."

Mason's boat is among more than 200 anchor-outs now off Sausalito; many are in very bad shape. Sky7 HD caught two sinking last month, and after most every storm Noyes spots something -- a sailboat, a motorboat, assorted parts, or a massive pile of junk washed up on the Tiburon shoreline. 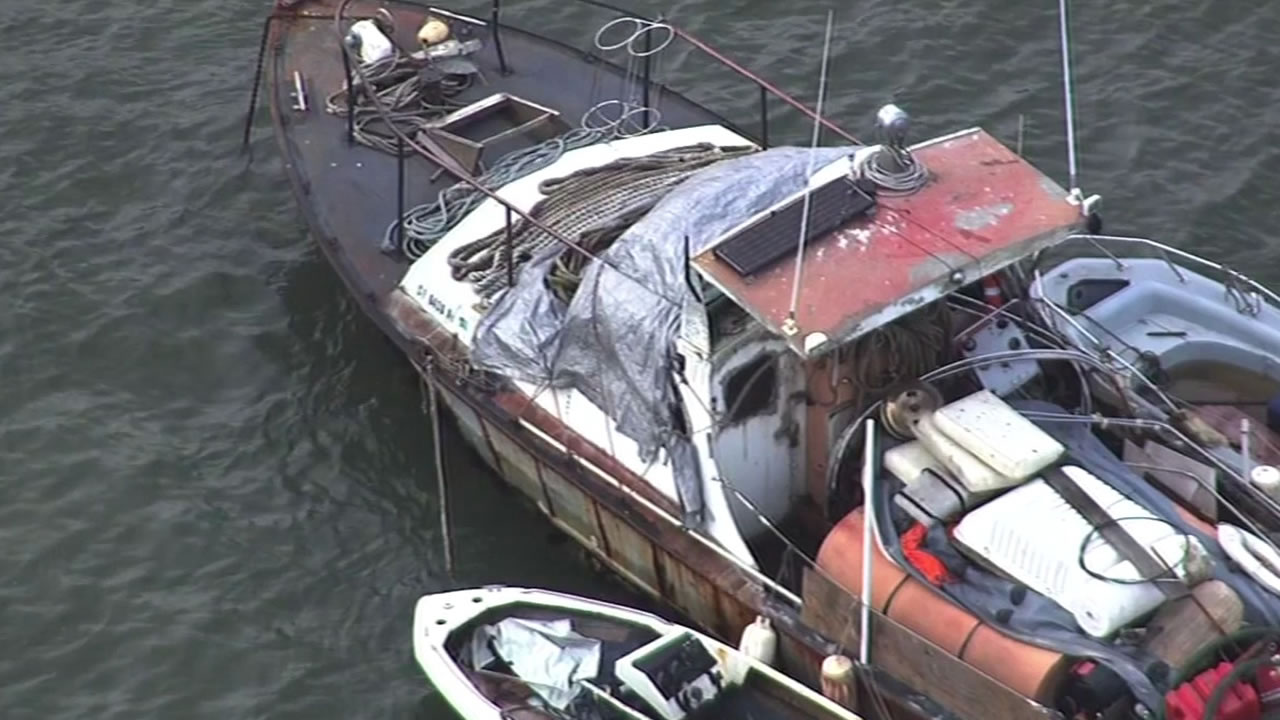 Robertson says 15 boats have landed on his property in as many years. One anchor-out did $20,000 damage to his dock.

The anchor-out problem cost one man his life. When an old tug boat broke loose during a storm, a salvage company responded.

Employee Todd Estrella fell into the water and died from exposure. That was eight years ago, but not much has changed.

Tollini heads the Richardson Bay Regional Agency, formed in 1985 to address the anchor-outs. Since then, we've done repeated stories and authorities are always pledging to crack down.

ABC7's Ed Leslie reported in August 1990, "Amazon lady likes to get naked and play her guitar out here on the water, but her days of freedom are running out."

Yet, the number of boats keeps increasing as other harbors take action, and Sausalito does not.

Ian Wren, Staff Scientist at San Francisco Baykeeper asks, "Why aren't any of these agencies really stepping up to address this issue?"

Wren is worried about the environmental impact of the anchor-outs. He said, "Issues of trash and human waste, and then the vessels that are old and derelict, they are possibly leaking fuel and oil."

The anchor-outs also cause these so-called "crop circles" you can see from Google Maps. Heavy anchor chains drag the bottom with the tides, killing the eel grass -- an important breeding ground for herring.

"The herring go on it and lay eggs," Richardson Bay Harbor Administrator Bill Price told Noyes. "And all the birds come in to eat the herring eggs and then you've also got the sea lions coming in for the herring."

It is Price's job to get rid of derelict boats that sink or wash ashore; now the number is up to a record 70 a year.

Noyes: "If you could snap your fingers, what would your solution be?"
Bill: "I'd throw moorings down."

Permanent moorings -- places to tie up off shore -- would help limit the number of boats and prevent runaways. However, Sausalito refuses to pay its $31,000 share for a study into the mooring issue. 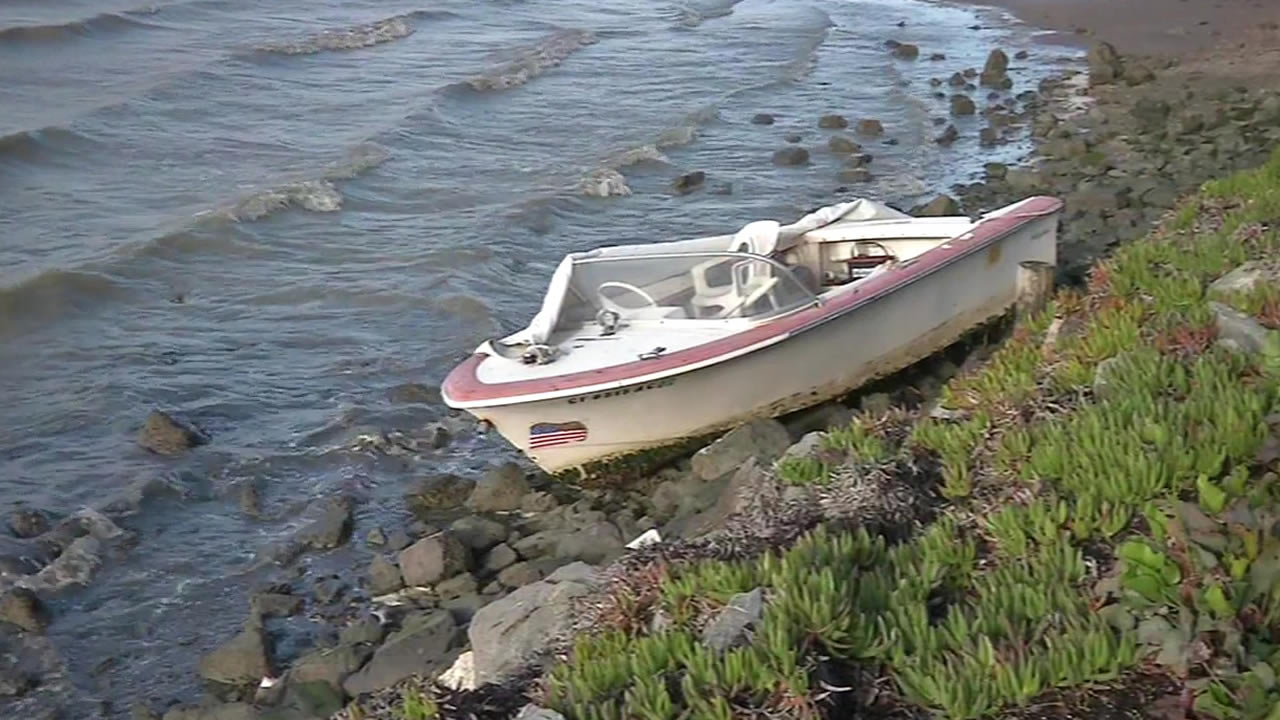 So, this scene continues to play out. When low tide came, Mason saw how he dragged anchor across the bay, and how a rock tore a hole in his boat.

Mason: "Now I'm trying to plug that hole the best I can from the outside."
Noyes: "Plug it with what?"
Mason: "This shirt."
Noyes: "Just a shirt?"
Mason: "Yeah, anything to slow down the water."

Noyes came back the next morning, surprised to see Mason and a friend free the boat, and pull it back to his spot off Sausalito.

There is a new state law that allows officials to remove boats that aren't seaworthy within 10 days. The I-Team will stay in contact with law enforcement to see if and when they take action.
Related topics:
sausalitotiburonboatspovertypollutionwaterhomelesssan francisco bayboatingi teamrentsocean conservationboat accidentoil spill
Copyright © 2020 KGO-TV. All Rights Reserved.
I-TEAM
Santa Clara Co. sheriff's captain among 4 indicted on bribery charges