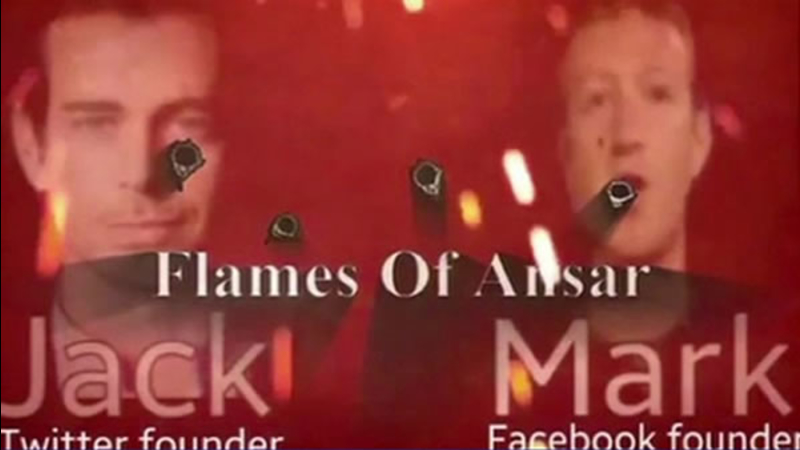 It shows a picture of the two men, sprayed with bullets. The 25-minute video calls out Zuckerberg and Dorsey by their first names, Mark and Jack, for suspending and deleting social media accounts linked to the terror group.

ISIS uses social media to recruit and reach out to supporters.

A message appears on the screen, "If you close one account, we will take 10 in return and soon your names will be erased after we delete your sites."

Twitter has also taken an active approach to remove terrorist activity from its platform.

Zuckerberg and Dorsey have not commented on the threat.