Isla Vista stabbing victims were from the Bay Area 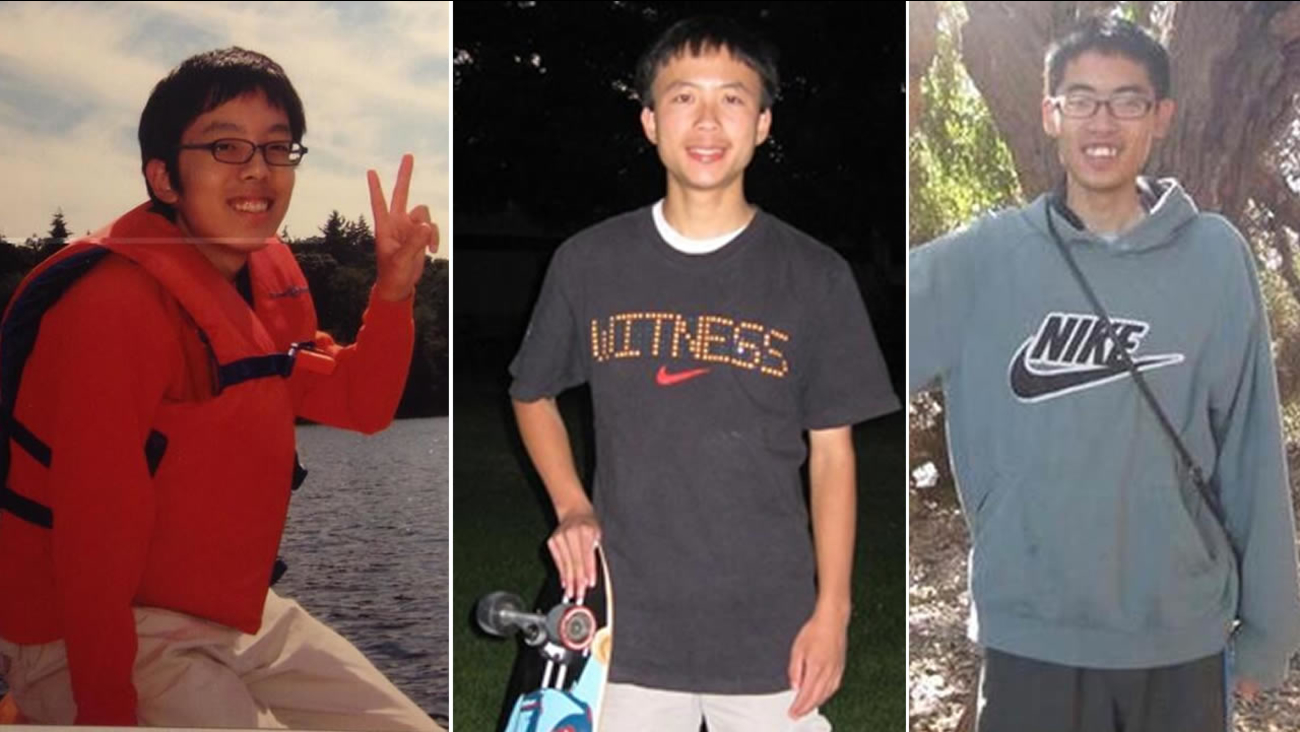 ISLA VISTA, Calif. (KGO) -- Authorities have identified the three men found fatally stabbed in the apartment of Elliot Rodger, who police say fatally shot three others in a killing spree that ended with his suicide. 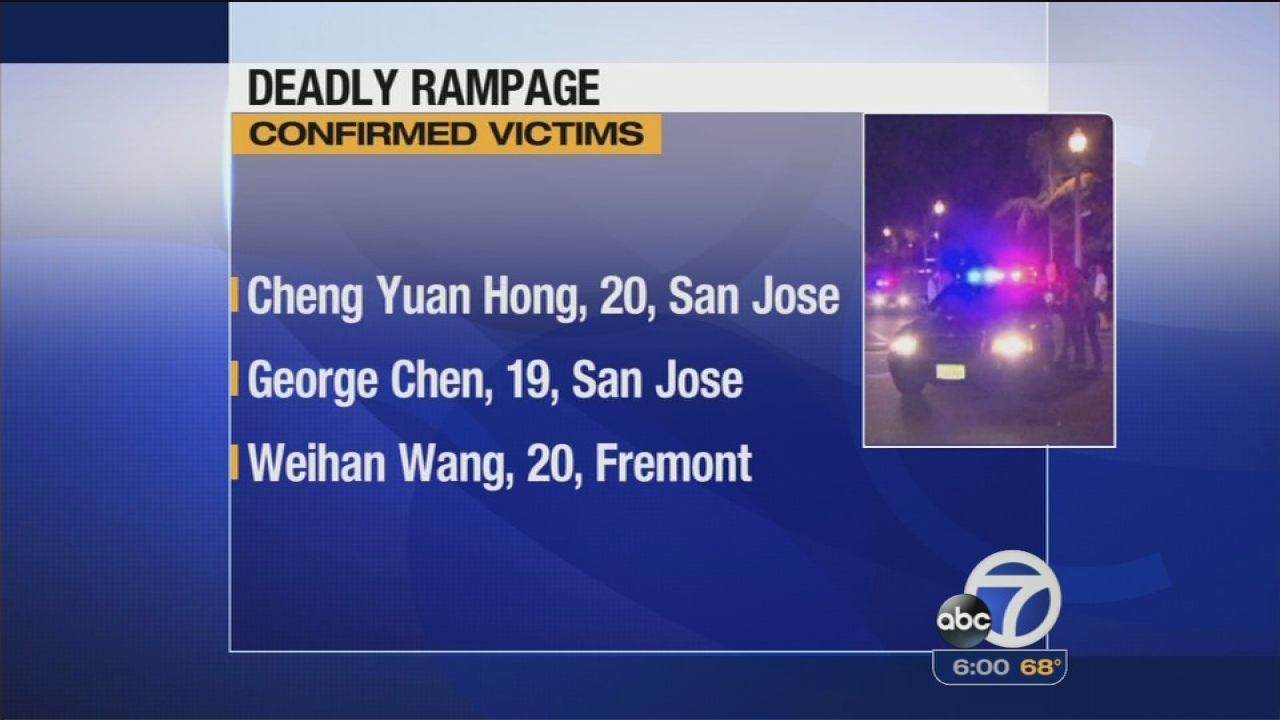 ABC7 News reporter Lilian Kim spoke with friends of Wang. They say he graduated from Fremont Christian School and was a sophomore at UCSB, majoring in engineering.

We now also know that as Friday night's deadly rampage was taking place, Rodger's parents were frantically trying to find him after receiving a chilling manifest from their 22-year-old son. He emailed it to a couple dozen people, including his parents and a therapist, not long before the shootings began.

As of Sunday night, six of his victims remained in the hospital. Three are in good condition and the other three are listed in fair condition.

The killings began with the stabbings in the apartment that Rodger rented, inside a two-story courtyard building fronted by palm trees.

In rambling writings he titled "My Twisted World," Rodger detailed his plan to kill his roommates and then invade the sorority, which he concluded symbolized the world that tortured him - beautiful women who would have spurned him in favor of the "obnoxious slobs" whom he also despised.

"I will sneak into their house at around 9:00 p.m. on the Day of Retribution, just before all the partying starts, and slaughter every single one of them," Rodger wrote. He knew the stucco house, with its neatly trimmed lawn and hedges, well: "I've sat outside it in my car to stalk them many times."

The double front door is heavy wood, with glass etchings of the sorority's shield and an electronic keypad to get in. Several women heard Rodger's "aggressive knocking," Santa Barbara County Sheriff Bill Brown said. "Fortunately, no one opened."

It was 9:27 p.m., and Rodger had left the door and within 20 paces encountered a group that included Veronika Weiss and Katherine Cooper. He shot and killed the two UCSB students, and wounded a third.

All three were from the Delta Delta Delta sorority. The outgoing Cooper was preparing to graduate with a degree in art history; Weiss was a first-year student who had played water polo in high school.

On Sunday, a collection of flowers and little mementos has grown at the Alpha Phi sorority house. Some people didn't know the two young women who were killed there, but they still wanted to pay their respects to Cooper and Weiss.

Two blocks and three minutes later, Rodger was at the IV Deli. There, he got out of his car, went inside and shot and killed Christopher Ross Michaels-Martinez. He was a student at UCSB and an employee of the deli.

Friends described him as the kind of person who would welcome strangers into his home. He planned to study abroad and then go to law school.

At least four other customers were inside at the time of the shooting. Surveillance video shows them scrambling for cover as a bullet hit the glass of a refrigerator door.

Sheriff's deputies responded to the scene and saw Rodger's BMW leaving, but did not know the shooter was at the wheel.

Soon after, Rodger was driving on the left side of another road so that he could be close to the sidewalk as he fired at two pedestrians. And then, more shots - this time between Rodger and the first sheriff's deputy to engage with him.

"There was a biker who I seen, pretty much get hit right about here, and his body landed right about 20 yards up where that Red VW is," he said.

Speeding on, Rodger accelerated and hit another cyclist, who was thrown onto the hood with a force that crumpled the windshield. Rodger's car then careened into several parked vehicles. It was there, in the car, that he apparently shot himself.

"The police dragged a body out of the car," said UC Santa Barbara senior Kyley Scarlet, who was in a house next to where the car came to a halt. "It was him."

Investigators are now saying the 22-year-old died of a self-inflicted gunshot wound.

At Rodger's apartment complex, one of his neighbors, who didn't want to be identified, talked about the three victims who were stabbed to death there before the shooting rampage began.

"They were really good kids," said the neighbor. "They were so quiet. They were extremely smart."