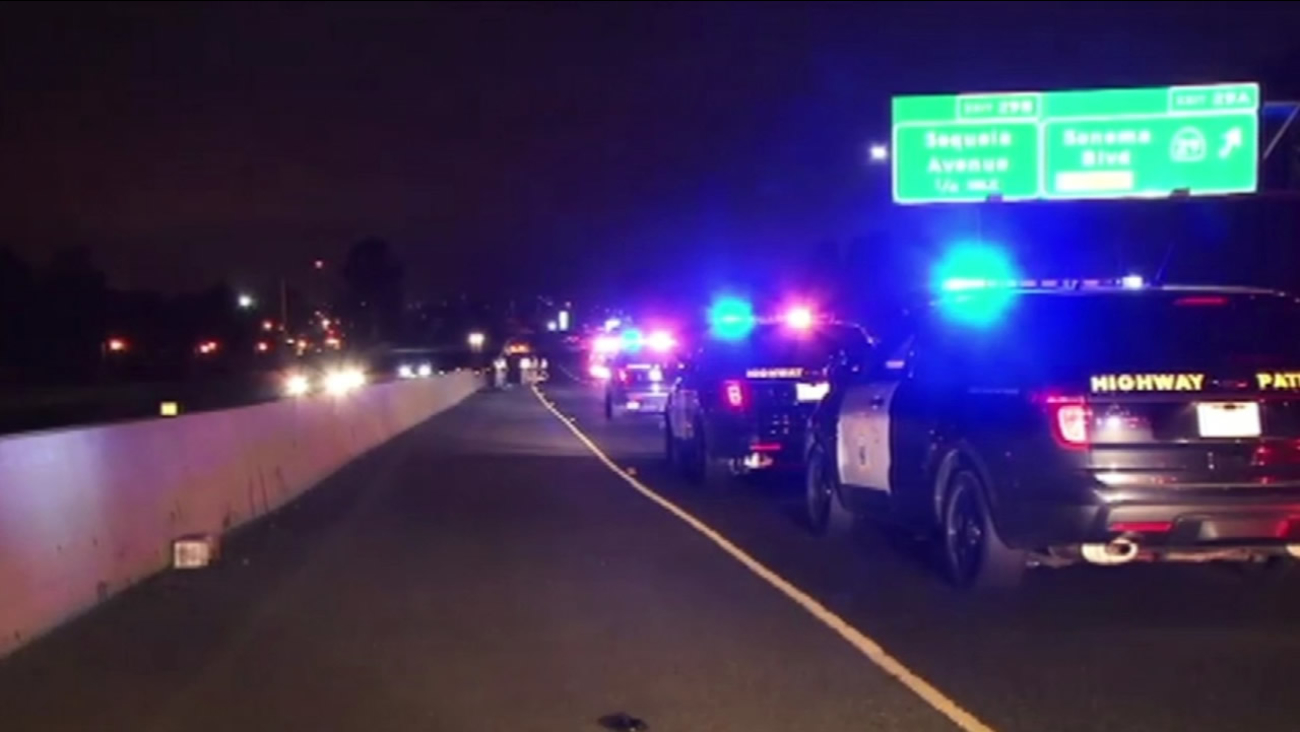 It happened around 12:30 a.m. on eastbound Interstate 80 just after the Carquinez Bridge toll plaza.

The CHP say it appears a pedestrian was trying to cross the roadway when he was hit by several vehicles.

"The initial vehicle that hit the pedestrian most likely would be blameless in the accident, depending on the circumstances," said CHP Sgt. Eric Lund. "But for some reason, we don't know yet, they failed to stop and call the police and wait at the scene of the accident."

Investigators say it's not yet clear if the man who was hit was homeless.

The left lane of 80 was closed during the investigation.

It has since reopened.

The CHP says it's received a lot of calls about pedestrians crossing the freeway in that area.
Related topics:
vallejocarquinez bridgecar crashhit and runcrimechphit and run accidentcrash
Copyright © 2020 KGO-TV. All Rights Reserved.
More Videos
From CNN Newsource affiliates
TOP STORIES
Homeless to be housed at SF's Moscone West due to COVID-19 concerns
EXCLUSIVE: EMT describes life on coronavirus front lines