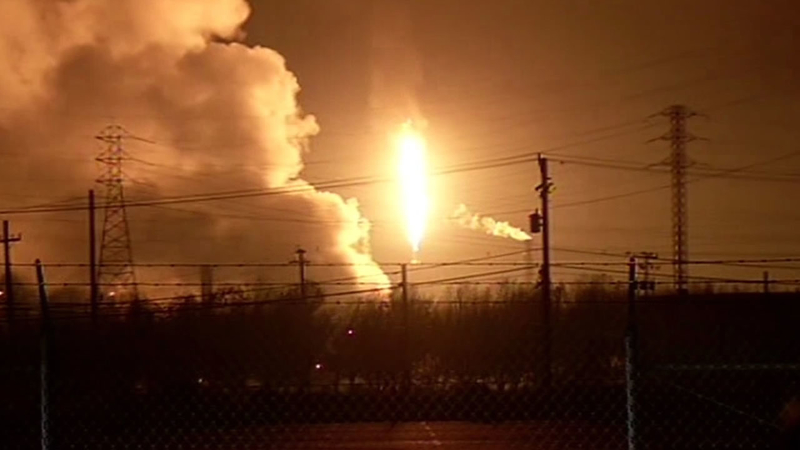 RICHMOND, Calif. (KGO) -- Flaring at Chevron's Richmond refinery produced dramatic flames and smoke Thursday evening that were visible for miles, but Chevron and county health officials say there should be no impact on residents. 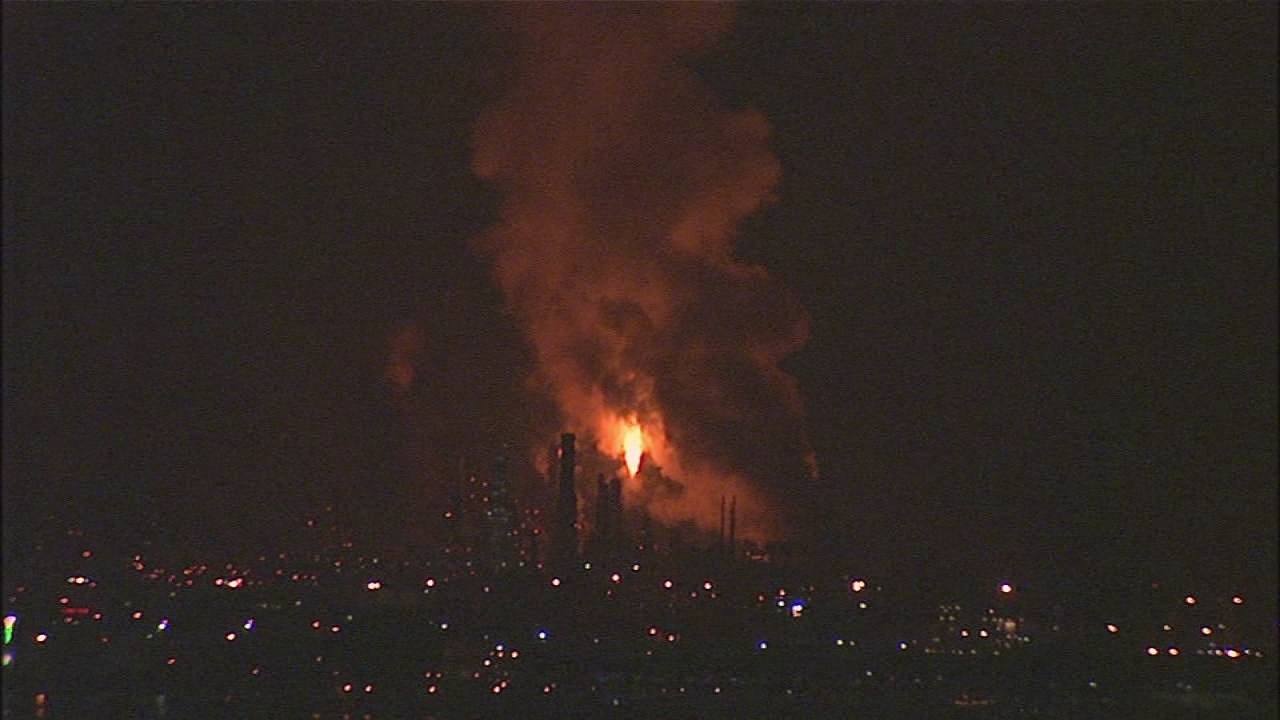 Flames and water vapor became visible when a process unit at the refinery needed to be depressurized and shut down, according to Chevron spokesman Braden Reddall.

The process, produces a flare and water vapor that looks like smoke, makes it possible to shut down the unit safely, Reddall said. The process will continue Thursday evening and additional intermittent flares could occur.

Reddall said fence line air quality monitors showed no impact to the community. he added that he could not discuss why the unit needed to be depressurized due to the "commercial sensitivity" of refinery operations.

Contra Costa County health officials said in a statement on Twitter that a hazardous materials team is on scene monitoring but that residents are not being advised to shelter in place.

Flaring has stopped at Chevron though it may intermittently occur tonight. Our HazMat staff determined a shelter-in-place was not needed.

Richmond Mayor-elect Tom Butt posted on his Facebook Page saying, "This is the biggest flaring I have seen at Chevron in years."

Contra Costa County Hazmat was on the scene monitoring the flare.

"Well, it means that something is not running normal and at this point I cannot speculate what exactly went wrong," said Steven Marioka, Contra Costa County HazMat assistant director.

Chevron said there has been no impact to the community and the refinery fence line monitors are showing that the air quality is well within quality standards.

The director for the Global Community Monitor said data from those same monitors shows high levels of fine particulate matter, which is unhealthy for people.

Contra Costa County Supervisor John Gioia tweeted out that flare gases at Chevron include hydrocarbons, carbon dioxide, particulate matter and other compounds and that Hazmat inspectors were on scene and monitoring.

"The majority of the wind direction is blowing out over the bay, so it's not impacting the community of North Richmond," Marioka said.

So far, Chevron is not explaining why it had to shut down the system and burn off so much fuel.

Richmond police and fire officials have put out statements on Twitter this evening calling the flaring normal and saying it did not pose a danger to the public.