CHARLOTTE, N.C. -- The wife of the man killed by police in Charlotte Tuesday witnessed the deadly shooting, the family's attorney told the media Thursday.

The family of Keith Lamont Scott instructed their lawyers to speak to the media while they mourned.

Scott, 43, was shot Tuesday at an apartment complex on the city's northeast side. Police said Scott refused repeated demands to drop his gun. Scott's family quickly challenged the police account of the fatal shooting, saying he was not armed and that Scott, a father of seven, was holding a book and waiting for his son to be dropped off from school.

RELATED: Charlotte under state of emergency in 2nd night of protests

Charlotte-Mecklenburg Police Chief Kerr Putney told ABC News there is a video that shows Scott had a gun in his hand. He also confirmed the gun in the video is the gun they recovered at the scene.

The family was planning on speaking to the public Thursday afternoon. Justin Bamberg, one of the family's attorneys, insisted the family needed more time to grieve before addressing the media.

"Right now, this family is in deep mourning," Bamberg. "They lack the answers to bring closure to their lives," said one of the family's lawyers.

The Scott family legal team told the media that they plan to investigate the shooting to make sure officers' actions were lawful. The family will reportedly view the video of the shooting sometime Thursday.
"Quite frankly, we don't know what's on the video," Bamberg said. "We know what law enforcement says is on the video."

During the question and answer portion of the news conference, the lawyers were asked if anyone in Scott's family witnessed the shooting.

"It is my understanding that his wife saw him get shot and killed," Bamberg said.

Bamberg told reporters that police need to be more transparent in their conversations with the public and with the family.

It is not known when the family will view the shooting video, only that they will see it sometime Thursday. 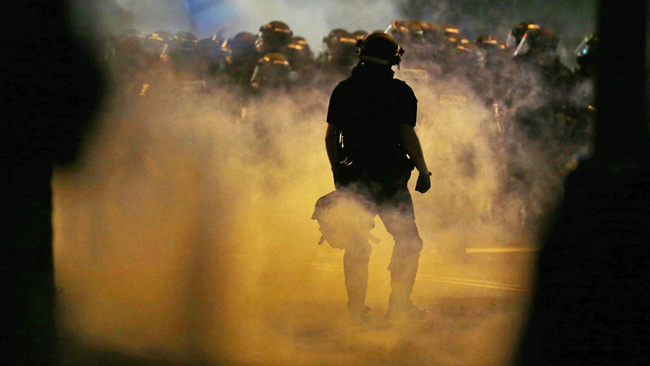