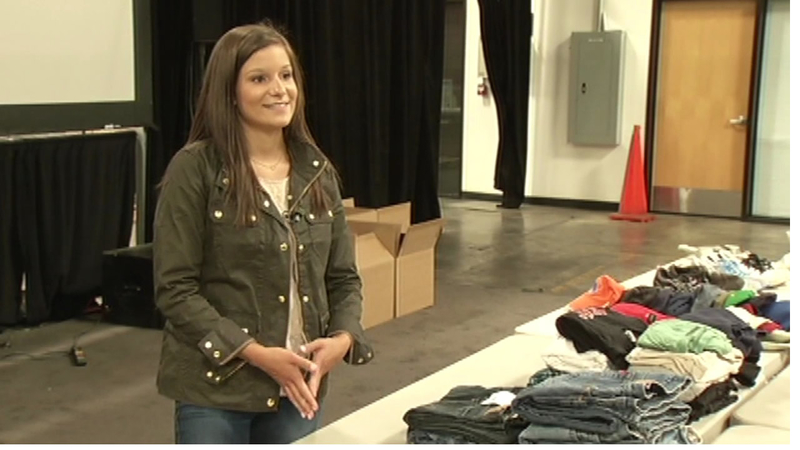 SAN FRANCISCO (KGO) -- A lot of teenagers often take on summer jobs, but one San Francisco teen has taken on a summer mission to help raise awareness of the growing immigration crisis on the border with Mexico.

Just before school let out in May, Julia Tognotti watched a documentary in her Spanish class about central American kids trying to get to the United States and ever since she's been trying to help anyway she can.

"This is my second shipment of clothing to go down to the border to help the migrants in Nogales, Arizona and Nogales, Mexico," she said.

Over the last few weeks, she's been collecting items from neighbors and friends.

Julia decided to do this after a trip to Nogales earlier this summer where she volunteered at a shelter for migrants.

"I talked to a boy there on the first day named Brian. He was 17 and I'm 17 and he was from Honduras and it took him two months to get to Mexico and he took seven trains. And I was so surprised to hear this because it really made me think, 'could I do this?'" she said.

Julia is trying to help by collecting clothes and she's trying to tell people about the situation on the border.

"There needs to be awareness around it, especially for kids my age who hear some of it from their parents and from the news but like don't seriously understand what's going on," she said.

Julia became interested at about the same time that immigration was pushed back into the headlines.

The Tagnotti's are trying to do their part and they're also trying not to get tangled up in the politics of the issue.

"We have a 17-year-old that's trying to do what she believes is right to help people and it would be great if we could help support her," Julia's father David Tognotti said.

Julia's plan is to keep collecting more clothes to ship to the border.

"I can only do so much, but I feel like at least by sending donations, it's helping," she said.

She hopes more of her friends become interested in her mission. Julia would even like to organize a teaching trip to the border when she returns to school.