ABC7 News reporter Vic Lee was first to report the threat and arrest with this tweet:

ABC7news learning that SFPD arrests man who made death threats against Chief Chaplin.

"I witnessed him, you know, ranting on the corner," said neighbor Mike Foley. When asked what the suspect would complain about Foley answered, "Racial and offensive language, epithets and that sort of a nature."

Foley lives next door to Donald Hoganson, who was arrested Monday night for making threats against Chaplin.

Hoganson advertises a swastika and other white extremist scribblings on his windows. And he was vocal about it.

"He made some offensive Jewish remarks and that there's no free ride, you know?" said Foley.

The 60-year-old suspect lives on the 2600 block of Ortega Street in the city's Sunset District.

He was arrested and charged with a hate crime and making threats to the chief.

"SFPD was made aware of threats made to the Chief Toney Chaplin and at this time it is an ongoing investigation," said SFPD Public Affairs Officer Giselle Talkoff. "So we are still conducting interviews and gathering information."

One of the tweets posted by the suspect arrested who was threatening SFPD Chief Toney Chaplin. pic.twitter.com/QB9qaqJcCb

One shows a guillotine and next to it a picture of the interim chief. And on another, white supremacy ramblings.

This comes on the heels of recent police shootings in Dallas and Baton Rouge.

"We take all these things very seriously," said Mayor Ed Lee. "I'm very worried about and particularly more these days.

Lee declined to comment on the arrest but said this, "Just know we're ready and we're always concerned and we're doing everything we can to make sure people are safe." 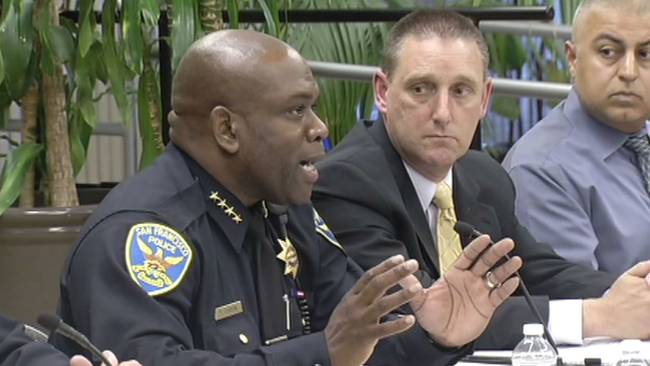 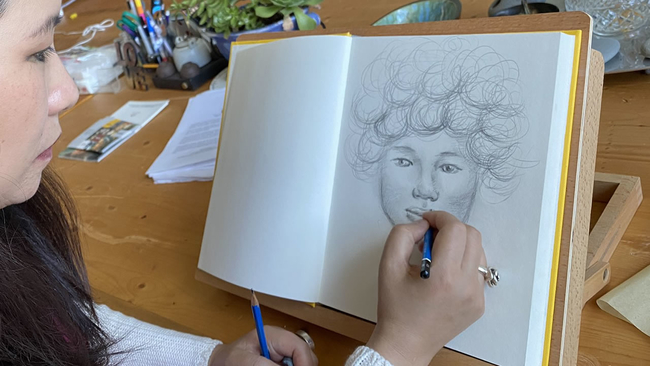