Man in crashed convertible rescued by strangers in South Carolina 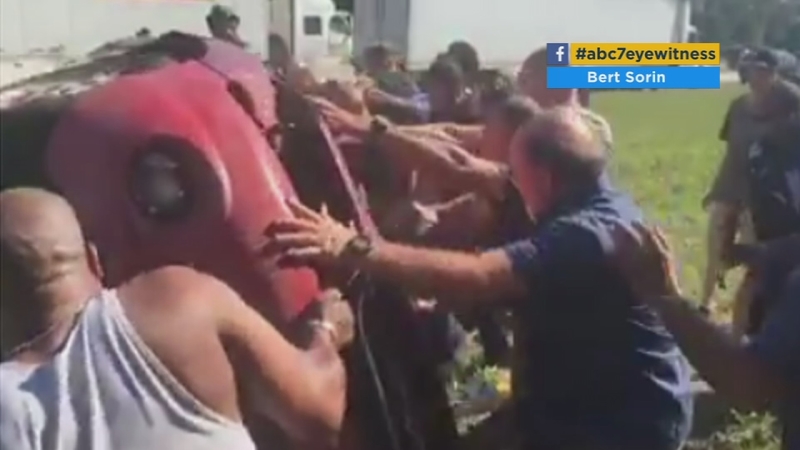 Man in flipped-over convertible rescued by strangers in South Carolina

LEXINGTON COUNTY, S.C. -- A convertible with its top down veered off a road in South Carolina and violently flipped upside down, trapping a driver inside as the gas tank began leaking.

That was when a group of strangers leaped into action.

As captured on a Facebook video, a group of about a dozen men jumped in, quickly working together to jerk the car right-side up.

When the car was placed upright again, the driver appeared to be unharmed, though in shock over what he just experienced, and grateful for the help.

The incident was detailed in a Facebook post by Bert Sorin, owner of an exercise equipment firm in South Carolina.

Sorin's photos show the red convertible thoroughly smashed up in the crash, its windshield flattened and driver-side door shredded. They also show the driver standing up and hugging his rescuers.