KTRK
HOUSTON -- A person of interest is in custody after the deadly ambush of a Harris County sheriff's deputy, fatally gunned down without warning Friday night while filling up his patrol car at a northwest Harris County gas station.

We've learned the person of interest is inside the Harris County Sheriff's Office in east Houston and continues to be questioned. So far, no one has been charged.

Deputy Darren Goforth, 47, had just left an accident scene last night when he stopped by a gas station on Telge and West Road. As he was pumping gas, a man approached him from behind, said nothing and fired multiple shots. Once the deputy fell to the ground, authorities say the suspect fired more shots. Deputy Goforth was pronounced dead on the scene.

An intense manhunt covered Harris County for hours overnight. At about 2:30am, authorities converged on a home on Crystal Lake in Copperfield, led there by a tip. The focus of the investigation is on the red pickup truck in the home's driveway. The person of interest was taken into custody at what's said to be his mother's house. His identity has not been released.

The man's mother -- who didn't want to show her face or give her name -- told Eyewitness News her son is innocent. She said, "My son is innocent. I was in the house with him, so when that happened, my son was home."

"It strikes us all at the heart of public service," said Harris County Sheriff Ron Hickman, who vowed to hunt the suspect down. ""I've been in law enforcement 45 years. I don't recall another incident this cold-blooded and cowardly."

We've learned the non-profit, the 100 Club, is assisting Golforth's family in the wake of his loss. The 62-year-old organization said today they will give the family a $20,000 check to help with any financial needs. The organization added in a statement today, "Additional financial support for the dependent family, which averages $300,000 per tragedy, will be made after an assessment of their needs is conducted." 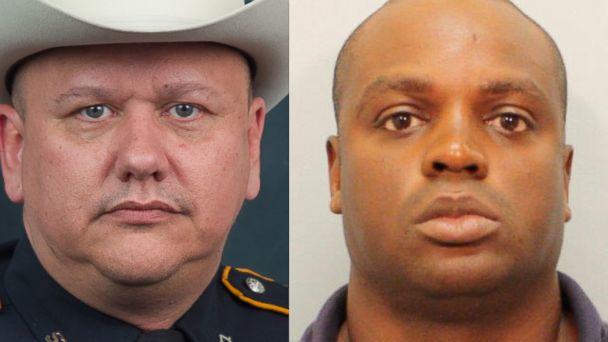 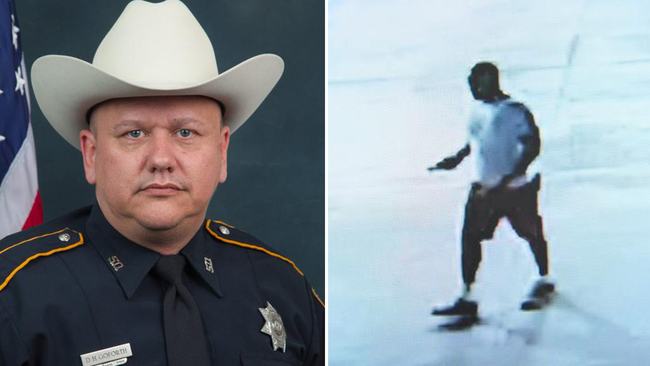