Northridge resident Ron Nagin flew near the prison complex around 5:30 p.m. and was quickly chased down by a Los Angeles County Sheriff's Department helicopter for failing to yield. 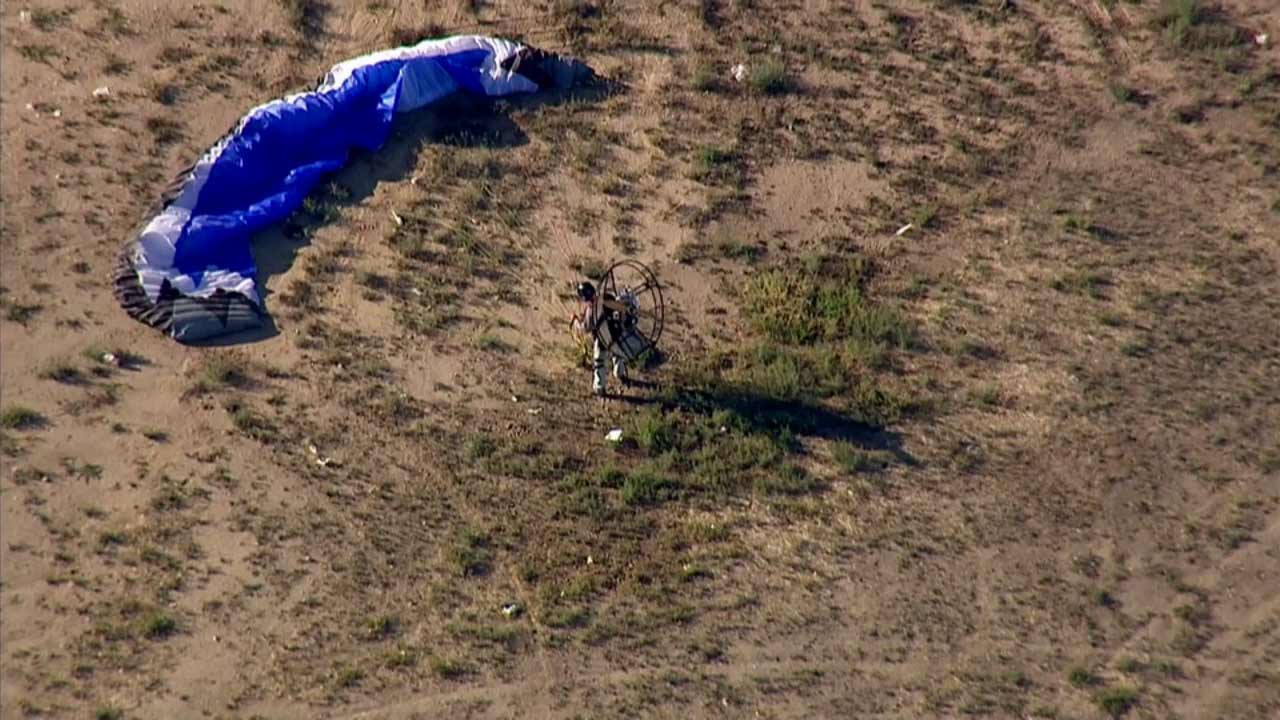 "We have several open compounds, so there was concern that somebody might be dropping contraband or there could be some crazy escape attempt. It was really hard to say," Los Angeles County Sheriff's Sgt. Brian Allen said.

"At first I thought they were just looky-loos, just trying to investigate the sport, but I figured when they cut in front of me twice, I'd better turn around and land," Nagin said.

By 6:05 p.m., the 62-year-old had landed at Tapia Canyon Paintball Center and authorities detained him without incident.

Nagin, who has been power para-motoring for 15 years, made a mistake and didn't realize he flew so close to the prison. He told authorities that he didn't hear the helicopter's sirens and PA system ordering him to land because of a loud motor on the paraglider.

He was later released without a citation, sheriff's officials said. 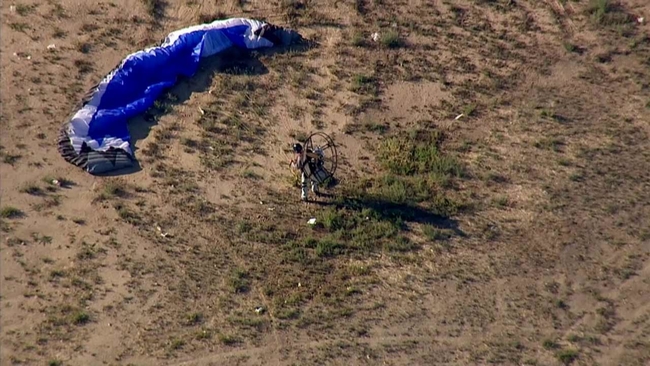