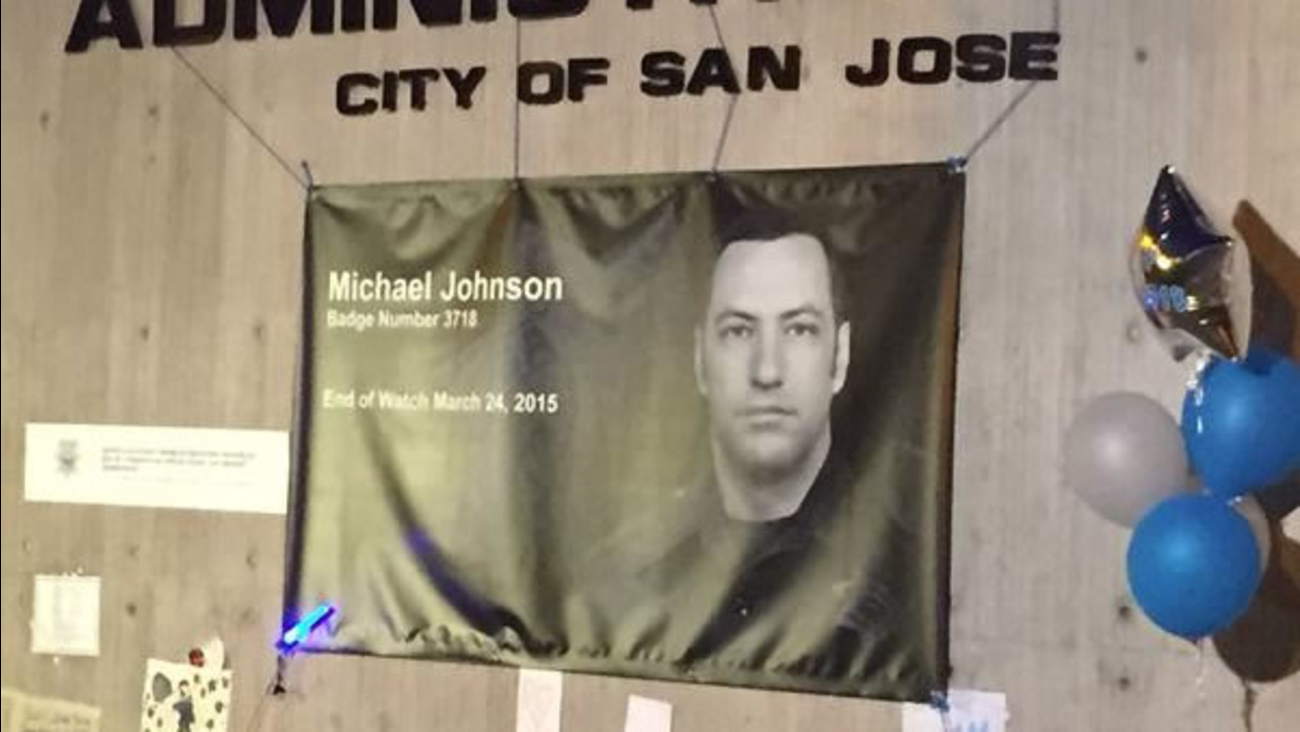 SAN JOSE, Calif. (KGO) -- On Monday, San Jose police took to Twitter to thank all of the people who offered condolences after the death of Officer Michael Johnson.

A memorial is growing outside police headquarters, where there are balloons, flowers and hand-written letters left by the public.

The flags outside the administration building are at half-staff.

Our brother Officer Michael Johnson would be proud of the support from all who have offered their condolences. pic.twitter.com/Emh3PhXwq6

Johnson was allegedly shot by Scott Dunham, 57, when officers responded to a 911 call at about 6:50 p.m. Tuesday to 2600 Senter Road in East San Jose. The caller said Dunham had access to guns and was distraught and intoxicated.

Dunham allegedly fired a rifle from the balcony of his home, killing Johnson. Another officer killed Dunham in an exchange of bullets.

His memorial service will be held at the SAP Center located at 525 W. Santa Clara Street in San Jose at 11 a.m. Thursday.

The San Jose Police Officers Association said officers from around the nation are planning to attend the memorial service.

Johnson is the 12th fallen San Jose police officer since the city established the department in 1849.

Click here to watch live coverage of the memorial online or watch on ABC7 News. 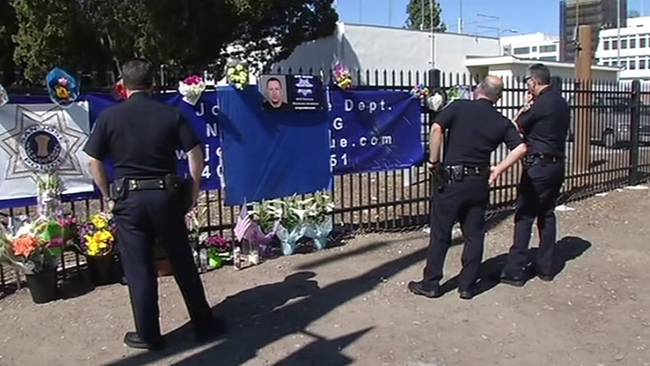 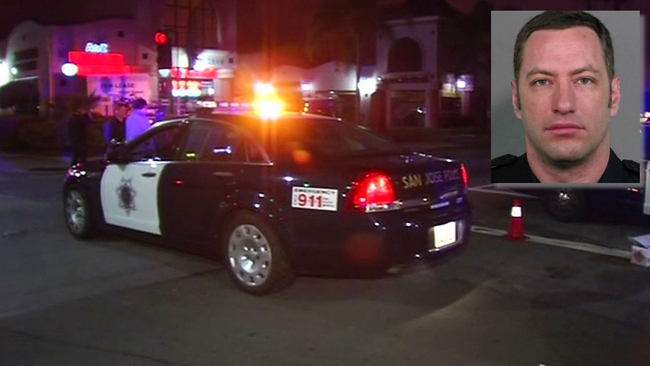 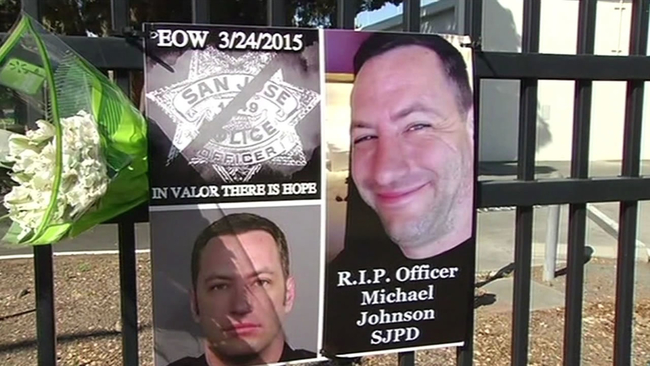 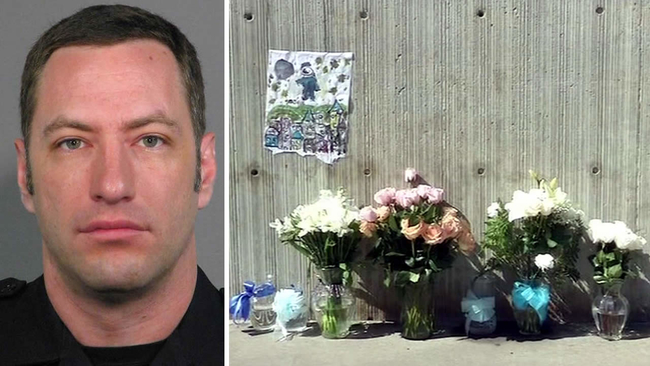