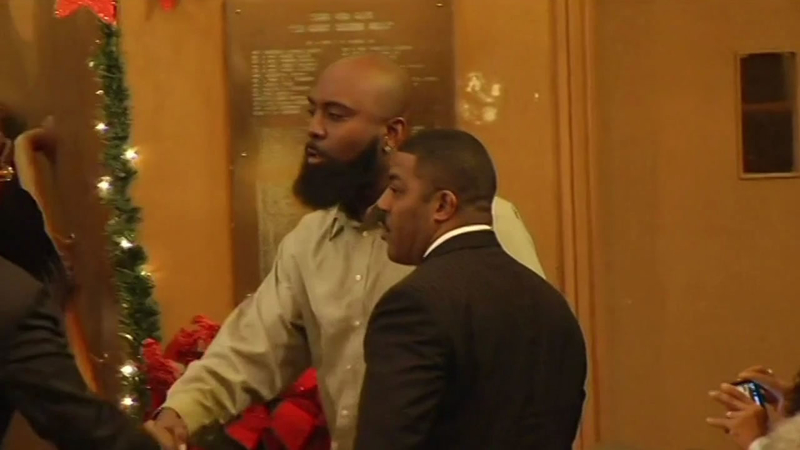 SAN FRANCISCO (KGO) -- Different congregations came together on Sunday across the Bay Area to make a statement for social justice.

Michael Brown's father flew into San Francisco on Sunday and spoke at the Third Baptist Church in the Western Addition. "We have to stay strong," he told the congregation. Brown's son was shot and killed by a police officer in Ferguson, Missouri, which launched a series of protests there and around the world. Michael Brown Sr. says he wants his son's memory to be respected in peace and in principled political action.

"Some of us are confused, others don't care," he said.

In the wake of protests from Ferguson to the Bay Area over the police killings of unarmed black men, Brown is calling on the SFPD for sensitivity training for officers and more diversity on the force.

"I hope we can be humble enough this time to admit we have a problem," he said. "Of racism being at the core values in this country."

"Considering what's happening in our country," said another speaker. "We are bold in saying black lives matter."

"Make it count by being non-violent," he said. "That's how you can make sure black lives matter."

Congregations came together to march through the city and participate in a staged "die-in". Berkeley's The Way Christian Center led the event, which was peaceful.

This comes after thousands of people took to the streets in the Bay Area to join a nationwide protest against police brutality.