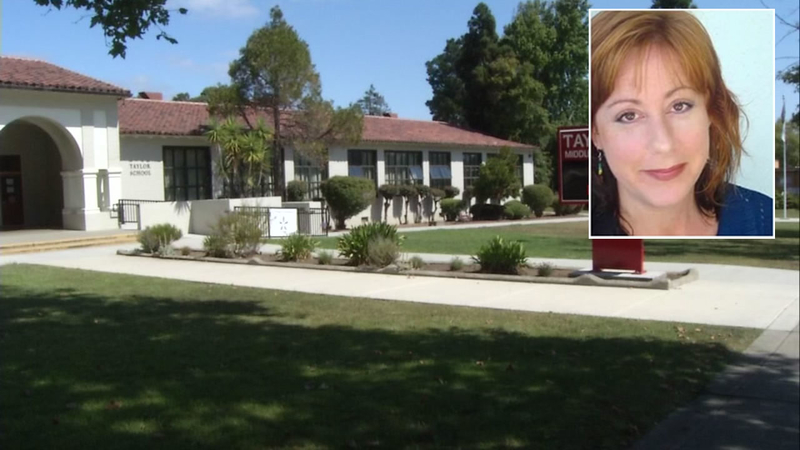 MILLBRAE, Calif. (KGO) -- The Millbrae teacher who's charged with having an inappropriate relationship with a 15-year-old student was arraigned on Monday on the Peninsula.

Millbrae Middle School teacher Heather Butts pleaded not guilty to felony charges among them committing a lewd act with a child.

San Mateo County District Attorney Steve Wagstaffe calls this a case where a teacher who is 25-years-older than the student, took advantage of her.

The case became even more complicated when ABC7 News learned that the Sheriff's investigators in Millbrae knew about the relationship as far back as last fall, but did nothing.

Millbrae teacher Heather Butts pleads not guilty today to committing lewd acts with a minor. Her lawyer says it's a complicated case. pic.twitter.com/qG9Oski0S4

ABC7 News is not naming the girl who has since graduated from Taylor Middle School, where Butts teaches.

Butts was arrested last month after police found her with the girl in a parked car on Santa Helena Avenue in San Bruno.

RELATED: Millbrae teacher accused of having inappropriate relationship with teen

ABC7 News has also learned that a school parent went to Millbrae police as far back as last October and filed a police report after he heard about the illicit relationship.

But the Sheriff's Office, which staffs the Millbrae Police Department, apparently failed to investigate.

Then, in February, that same parent went to the high school where the victim now attends and told an administrator the same story.

The school district called the Sheriff's Office but again, they failed to act.

"Clearly, we do believe a breakdown did occur. It is not the type of service we try to provide to our residents and we're very sorry about that," said Bolanos.