Vallejo police were pursuing Smith, who was suspected of robbing a Bank of America in Vallejo that afternoon. Capoot pursued Smith's GMC Denali in his patrol car, then ran after him when Smith fled his vehicle. Smith shot
Capoot three times. 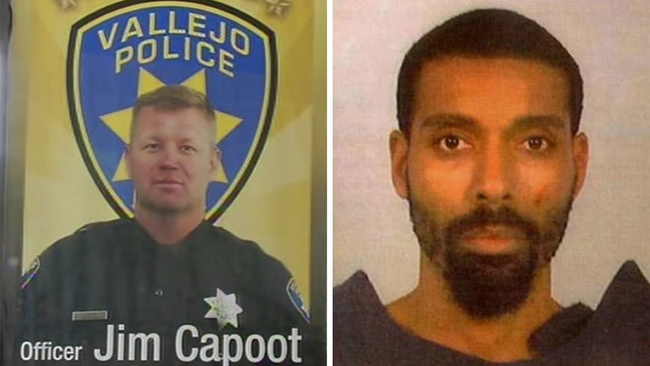