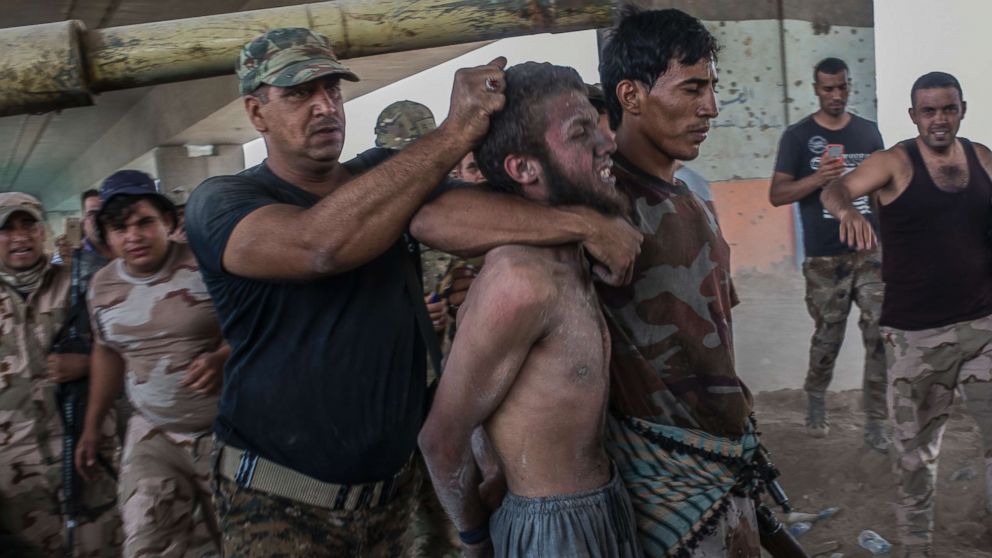 In a "desperate ploy," ISIS fighters in Mosul attempted to feign surrender to Iraqi Security Forces Monday in order to get close enough to conduct a mass suicide attack, the top U.S. commander in Iraq said today.

Army Lt. Gen. Stephen Townsend, commander of Combined Joint Task Force-Operation Inherent Resolve, said that after an ISIS commander communicated to the Iraqi Security Forces that he wanted to surrender a group of fighters, the Iraqi commander "sensed something was amiss."

The incident came a day after Iraqi Prime Minister Haider al-Abadi has declared victory in Mosul over ISIS, roughly three years after the group took control of the city and about nine months after his country launched an operation to retake the area.

Today, Townsend said his team received another report that the ISIS fighters are interested in seriously surrendering, though he didn't have further details on that effort, which was unfolding as he went into the media briefing.

Still, he was pleased to hear that the leaders of the Iraqi Security Forces were only willing to accept unconditional surrender. "Our advice is, if you're in a position of great strength, there's absolutely no reason to entertain any demands by these fighters," he said. "And the Iraqis took that on board that unconditional surrender is the only option."

Townsend said his staff suggested today the remaining fighters could number a couple hundred, but he hesitated to publicize that number because he doesn't think anyone can know with certainty how many are left.

As the fight against ISIS turns toward Raqqa in Syria, Townsend said U.S. and coalition forces would pursue a similar outcome for ISIS fighters there.