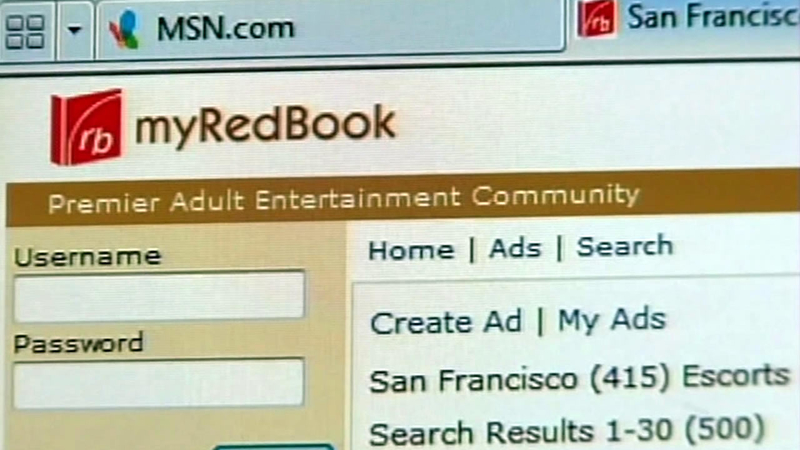 MOUNTAIN VIEW, Calif. (KGO) -- ABC7 News was first to break this story on Twitter -- federal agents raided a Bay Area home on Wednesday and took down one of the best known prostitution sites on the Internet.

The FBI is cracking down on an online sex site that agents call a front for prostitution. On Wednesday, two South Bay homes were raided and two people arrested.

A federal indictment claims Mountain View resident Eric Omuro made $5 million from operating a website that facilitated prostitution. The website is now shut down, and the government is trying to get him to forfeit the $5 million.

Agents were pounding on the front door of the 53-year-old's three-bedroom house at 8 a.m.

"I come over to our front bedroom here, and I look down here," said neighbor Tim Wyatt. "And I think Jesus, FBI and Mountain View Police all over the place. What in the world is going on?"

The FBI and IRS had a search warrant to search for and seize evidence to link homeowner Eric Omuro to the website MyRedbook, which is under investigation for alleged prostitution activity. Omuro, who goes by the nickname Red, was arrested about the same time at an apartment complex in Santa Clara.

Neighbors say Omuro is a computer consultant. Even though they've lived on the same street for 19 years, several of them described Omuro as private and reclusive.

"Very private person," Wyatt said. "I'm an ex-HR recruiter and such, so I'm always asking questions -- what do you do, this and that, blah blah blah. And he made it pretty clear he was not going to provide much information."

Neighbor Doug Chan added, "Yeah, he is reclusive. He doesn't let himself out much."

MyRedbook has been shut down, and the domain registration seized by the FBI. The Justice Department says MyRedbook was a Bay Area and West Coast operation.