KGO
SAN FRANCISCO (KGO) -- San Francisco police have completed a search of the Potrero Hill UPS facility where a shooting Wednesday morning took the lives of four people, including the apparent gunman.

Five UPS employees were shot in the 8:55 a.m. incident at 320 San Bruno Ave. before the shooter, whose identity has not been officially released, shot himself in the head with an assault pistol in front of arriving police officers, according to Assistant Chief Toney Chaplin.

"This person took their life because the officers confronted him," Chaplin said. "None of our officers fired."

Police said the gun was one of two weapons found at the scene.

#SFPD contained the incident & building is secure. The Special Ops continues to search the building for additional victims & witnesses. #SF

UPS officials earlier Wednesday described the incident as involving "six employees" and previous reports indicated the gunman was wearing a UPS uniform. However, Chaplin Wednesday afternoon said investigators had not confirmed that the gunman was a UPS employee.

Three of those shot died of their injuries, while two others are being treated at the hospital.

In addition to the shooting victims, Chaplin said five others suffered various injuries, most of them occurring during the rush to escape.

Multiple victims of the shooting at the UPS facility in San Francisco have been transported to SF General Hospital.

The incident triggered a shelter-in-place order for residents in the area and shut down surrounding streets for much of the day while police evacuated the facility and conducted a search for any additional survivors or victims.

Chaplin said one person was found in the building during the search and escorted out.

Investigators have not yet determined a motive for the shooting and do not know if the employees who were shot were specifically targeted, Chaplin said. They have interviewed all witnesses and are currently interviewing victim's families in a search for clues.

RELATED: Street closures in place after deadly shooting at UPS facility in SF

"We're going to have to go back and reconstruct not just the last 24 hours, but if there was something that happened in the weeks and months prior," Chaplin said.

UPS spokesman Steve Gaut said about 350 employees work at the facility at 320 San Bruno Ave., which operates as a package sorting hub and delivery center.

Gaut said, "The company is saddened and deeply concerned about affected employees, family members and the community we share."


Sen. Dianne Feinstein issued a statement about the shooting, saying she "was heartbroken to learn that yet another senseless act of gun violence has marred our wonderful city."

Feinstein, who served as San Francisco's mayor after the assassinations of then-Mayor George Moscone and Supervisor Harvey Milk at City Hall in 1978, said Wednesday's shooting led her to recall yet another mass workplace shooting in San Francisco, the one at 101 California St. in 1993 in which eight people died.

"Violence is never the answer, but the continuing scourge of gun violence is particularly disheartening," she said. "As we learn more details of this shooting, I'm hopeful that we can take away lessons to help prevent these acts from occurring in the future.

San Francisco Mayor Ed Lee also issued a statement, offering "condolences and thoughts for the individuals and families affected by the senseless act of violence."

San Francisco police held a news conference on a deadly shooting at a UPS facility that has claimed multiple lives.

"We all know the familiar faces of our local UPS drivers and delivery persons," Lee said. "Today's tragedy will be felt in every community served by these committed employees."

These employees on the roof were rescued by police pic.twitter.com/3C1NTcAr8o

#UPS worker talks about the horrifying moments when a co-worker opened fire inside a #SF distribution center pic.twitter.com/H9W9cDDEJ8

#SFPD contained the incident & building is secure. The Special Ops continues to search the building for additional victims & witnesses. #SF

UPS employee confirms name of shooter, SF resident; says "he had it out for a manager", problems off the job, too. #ABC7now pic.twitter.com/89Z7sZSQ3P

Police still out here at SF General after shooting at UPS Center pic.twitter.com/EDIPZfAGXX 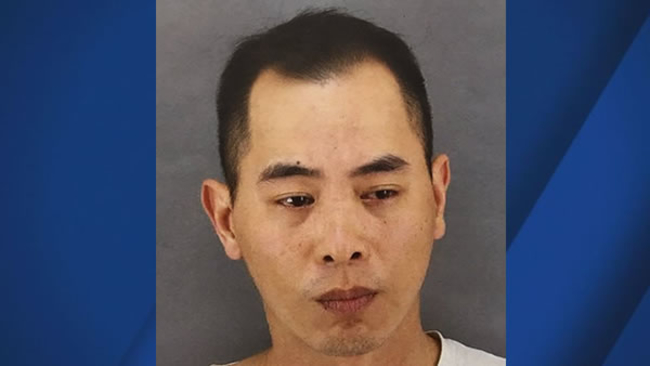