MUST SEE: Video shows deer attacking driver who struck it 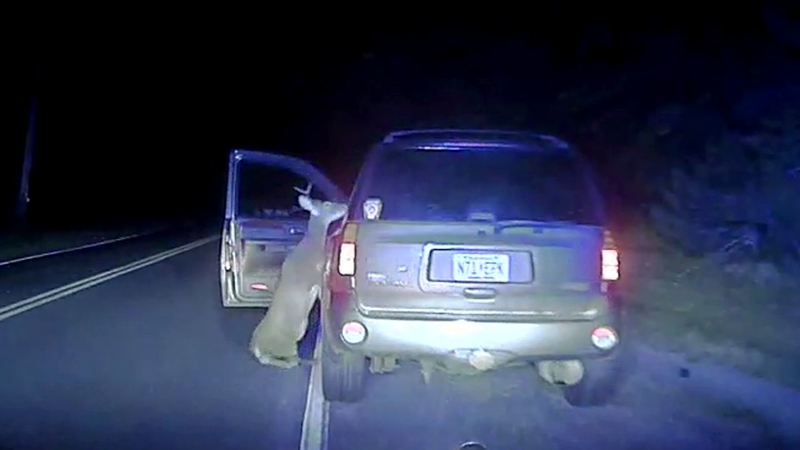 MUST SEE: Video shows deer attacking driver who struck it

The incident happened September 17 at about 8 p.m. in Howell.

The Howell Township Police Department said one of its officers was driving down Oak Glen Road while responding to a call, when the patrolman saw a deer cross the road in front of an SUV up ahead of him.

The driver of the SUV - identified as 43-year-old Ellen Sager of Howell - braked, but kept going for a short distance before pulling over.

As the officer pulled up to the SUV to check on Sager, the deer darted out from the side of the road - just as Sager was opening the door - and started attacking her.

In the video released by the police, Sager is seen fighting off the deer.

"In what appears to be a scene from a cheap comedy, Sager physically struggles with the rather large deer and has to kick the deer out of her vehicle and quickly close the door to keep it out," Howell Township police wrote in a news release.

Sager suffered a minor knee injury as a result of her scuffle with the angry deer.

The deer died as a result of its injuries from the initial collision, police said.