KGO
By by Nick Smith and Lilian Kim 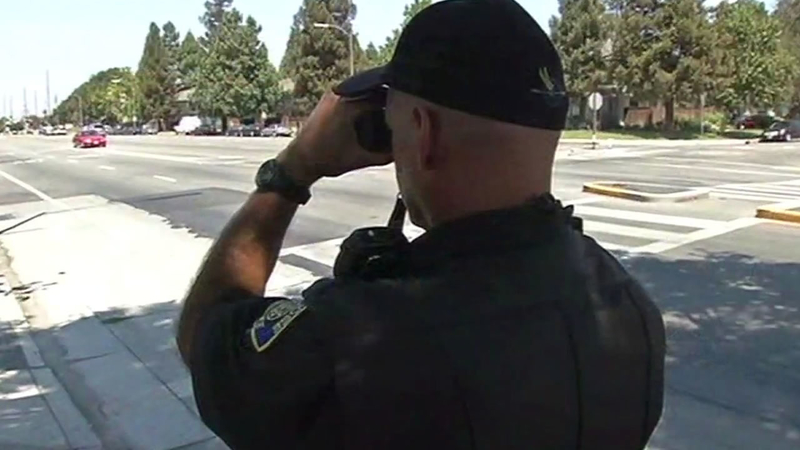 SAN JOSE, Calif. (KGO) -- Hit and run drivers have killed two people in the last two days in San Jose. Now, residents are upset that speeding cars have turned a major thoroughfare into an unsafe place for children and adults to cross.

Senter Road is a six-lane road and the speed limit is 40 miles per hour, but police have found drivers routinely going 50 miles per hour or higher. There were also lots of drivers who ignored pedestrians in marked crosswalks.

A pedestrian was found critically injured, lying in the street when officers arrived Monday evening. The woman driver who hit the man took off, but returned to the scene two hours later.

"She is under arrest. Whether they book her or not will depend on the investigation and how it unfolds. It will be up to the District Attorney to determine if charges will be filed," San Jose Police Sgt. Heather Randol said.

Just a day earlier, 51-year-old Son Nguyen was struck and killed by a car one block away on Senter Road. There is growing concern of speeding cars and drivers who neglect crosswalks.

ABC7 News crews witnessed how pedestrians have to stare down and motion to drivers so they can get across Senter Road.

Daniel Martinez of San Jose is 11 years old. He said, "Every time when I try to cross with my mom or anything, they just keep on going at a high speed. It's really hard because sometimes something bad might happen."

How fast are the cars going? San Jose traffic Officer Mark Pimentel was using his laser device and caught one person going 58 in a 40 mile zone.

"People just get wrapped up in their day. They're in a hurry, and a lot of times just don't pay attention to what's going on as far as speed limits go," Pimentel said.

The police and the staff of Councilmember Madison Nguyen, who represents this area, will be looking into what can be done to slow down cars. The city already installed flashing beacon signs at two crosswalks due to previous accidents. They cost $20,000 to $50,000 each. A traffic signal can cost a half-million dollars.

"We don't have to wait for people to die to do something about it because it's not OK. We all deserve safety, our kids, especially our kids," San Jose parent Cathy Martinez said.
Related topics:
san josehit and runcrimearrestsjpdpedestrian struckpedestrian injuredbicycle crashhit and run accident
Copyright © 2021 KGO-TV. All Rights Reserved.
RELATED