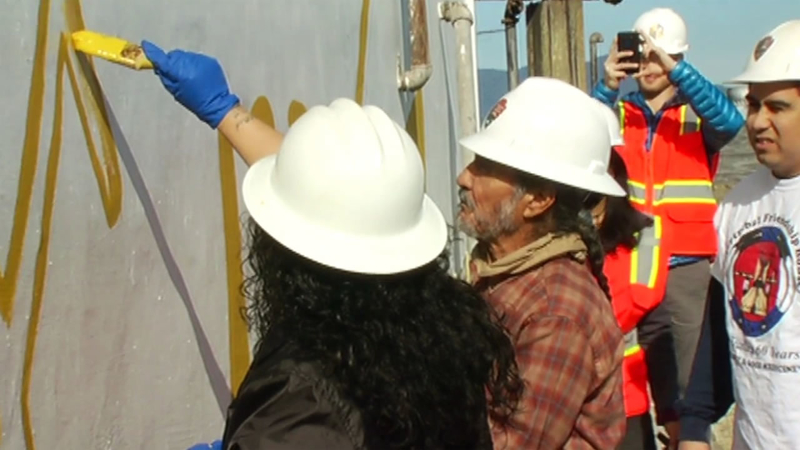 ALCATRAZ, Calif. (KGO) -- An important piece of Alcatraz history was brought to life Wednesday. It honors the struggles and legacy of Native Americans.

When visitors get off the ferry, and arrive at "The Rock." they'll see a mural depicting the history of Native Americans at the island.

A team of artists worked on the mural, including a Native American who helped occupy the island.

Oakland resident Eloy Martinez and about 80 other activists took over Alcatraz in 1969.

They were protesting federal policies, which at the time tried to pressure American Indians off reservations. The occupation ended in 1971 after president Nixon agreed to a new policy of self-determination.

Since then, the quartermaster warehouse, which was used by the protesters, has sat idle. But now, the National Park Service is spending $7 million to renovate it to use for storage.

Officials want to preserve Native American heritage through the mural and the restoration of graffiti that the protesters left behind.

"Alcatraz as a part of the National Parks system has a lot of tell American story. That's why preserving these buildings is so important to our future as a country," Greg Moore said.

This is similar to the restoration of the poems that Chinese immigrants carved onto the walls of their barracks on Angel Island. The updates should be completed this July.
Related topics:
alcatraz islandartnative americanhistory
Copyright © 2021 KGO-TV. All Rights Reserved.
More Videos
From CNN Newsource affiliates
TOP STORIES