KGO
By by Katie Utehs
NOVATO, Calif. (KGO) -- The family of a Novato boy who survived a fall through a school's skylight says the school district should be held liable for his injuries.

An attorney for 9-year-old William Wells Jr.'s family filed a claim with the district. The boy's attorney, Ivan Golde, says it's far too easy to get on the school's roof. He says district leaders knew children climbed up there and they didn't do enough to stop it.

The 9-year-old boy is now home from the hospital recovering from the injuries he received about three weeks ago.

"He's in a brace. This is a serious injury. Surgery is possibly upcoming," Golde said. He explained William fell "right on his back, fractures his back and then as he hits his back, I think he hits his head."

"All things considered, his family knows that he's lucky to be alive," Golde said.

"Unfortunately, sometimes it takes a lawsuit. It takes something like this for the school to wake up and say, 'Hey maybe we should do something here,'" Golde said.

Golde filed a claim with the Novato Unified School District alleging that Hamilton School's roof is an attractive nuisance.

"This roof was very easy to climb up on. There was a ladder right there, the shed that was open. All the boys go on this roof," Golde said.

The suit raises several questions about whether a 9-year-old is old enough to know it is not safe to climb onto a roof. It also calls into question if the district did enough to protect children from themselves, even if they were trespassing.

The day after the fall, a district spokesperson said they were looking into the incident.

In response to the claim, the Novato Unified School District released a statement saying, "We recently received this claim and it is currently being reviewed by our insurance carrier, Keenan & Associates."

The school district has 90 days to respond to the claim before a lawsuit can be filed. 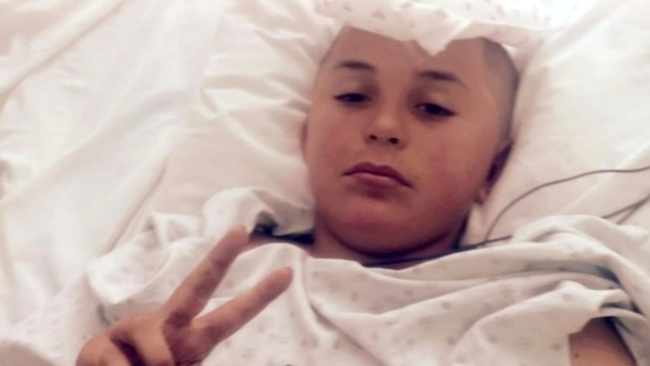