KGO
By Lyanne Melendez
It's been nearly a year since the crash of the Asiana Airlines Flight 214 at San Francisco International Airport that killed three people. And now, we have answers. Federal investigators on Tuesday revealed the key moments in the final minutes of that flight in their final report.

The National Transpiration Safety Board makes it very clear its role is not to assign blame, so members avoid terms like "pilot error," but they did say pilot "mismanagement" is the main reason why the plane crashed.

The NTSB released animation of Asiana Airlines Flight 214 as it neared the SFO runway on July 6. The video was posted on YouTube.

It was during the approach when the pilots inadvertently deactivated an automatic speed control system, one of nearly 30 errors made by the crew. It caused the plane to lose speed and in the end, the aircraft made a crash landing. Three passengers died. 180 were injured.

"In this instance, the flight crew over-relied on automated systems they did not fully understand," said the NTSB's Acting Chairman Christopher Hart. "As a result, they flew the aircraft too low and too slow and collided with the seawall at the end of the runway."

But the NTSB cited contributing factors as well, including the complexity of Boeing's auto-throttle, which it says was inadequately described in its training and operational manuals.

The Boeing auto-throttle is sort of like the cruise control in your car. You turn it on and press set once you reach your target speed. But if you hit the brakes, it disengages. It's still on. Now you just need to hit the resume button to get back to your intended speed. In the case of the Asiana disaster, the pilot thought the auto-throttle had resumed its speed, when in fact it had not.

The pilot had relied on the auto-throttle to maintain a safe speed of 137 knots and somehow failed to notice that the system wasn't keeping up. In fact, it quickly went down to 134 knots about 500 feet from the runway. Then it dropped to as low as 103 knots just three seconds before impact. Without the speed, it's impossible to maintain the proper altitude.

William Bramble is an investigator with the NTSB. He said had they properly re-engaged the auto-throttle, they would have landed safely.

"The auto-throttle likely would have increased power about 20 seconds before impact and this might have prevented the accident," he said.

The Asiana pilot had nearly 9,800 hours of flying experience but only 43 hours in a Boeing 777. He had more experience flying an airbus, which has a different auto-throttle system.

The board also cited pilot training issues, the instructor pilot's inadequate supervision, and fatigue among the crew.

"There was evidence of some sleep restrictions on the part of the pilot flying," Bramble said. "And for all three crew members there was evidence for circadian disruption due to the fact that the flight was landing at 3:30 in the morning Korea time."

The NTSB approved a list of recommendations to the FAA, Asiana, Boeing, SFO, and to emergency responders who ran over passenger 16-year-old Ye Mengyuan twice with their fire trucks.

The NTSB recommends that the San Francisco Fire Department outline its priorities.

"How do you prioritize putting out the fire versus going into aircraft, extricating victims, versus ensuring the safety of those on the ground and around you?" asked NTSB Survival Factors Group Chairman Jason Fedok. "How do you triage those people appropriately? We felt there really needs to be some thought and effort into putting additional guidance in that area."

As for Asiana Airlines, it released a statement in response to the NTSB report. It reads, "We believe the National Transportation Safety Board (NTSB) has properly recognized the multiple factors that contributed to the accident, including the complexities of the autothrottle and autopilot systems."

The NTSB also released new details Tuesday about what happened to the three teenage victims who were killed in last year's crash. All three seated near the back of Flight 214.

The report shows the passenger in seat 42A, 15-year-old Liu Yipeng, was wearing a seatbelt but suffered fatal injuries when a door from the plane hit her.

The girls who were sitting together in seats 41D and 41D were not wearing seatbelts and were ejected from the plane.

Tragically, the NTSB report says they probably would have survived if they had been buckled in. Those girls were just 16-years-old and they were best friends.

Wang Linjia's body was found outside the plane, 14 minutes after the crash.

Ye Mengyuan survived the crash despite being thrown from the plane, but was killed when two San Francisco fire trucks ran over her.

Some of the recommendations from the NTSB were directed at the San Francisco Fire Department, specifically on how they triage patients, like the injured teenager who was left unattended.

The fire department says they've already implemented many new procedures addressing some of the shortfalls that were highlighted Tuesday by the NTSB.

They include enhanced training for airport firefighters who operate fire rigs and a new triage procedure to better track victims.

There was also praise for the fire department on Tuesday morning. Based on FAA guidelines, the airport was only required to have three firefighters on duty. There were 23 that day, five of whom were able to board the burning plane and rescue five trapped passengers.

At the end of the nearly four hour hearing, the acting chairman of the NTSB said the flying public should know that crashes are rare and most are survivable.

In fact, 99 percent of the people on the Asiana flight lived.

The NTSB and Asiana Airlines arranged for the hearing to be broadcast locally. Passengers on Flight 214 were invited.

Two big screens and a handful of people filled up a conference room at the Embassy Suites in Burlingame.

The NTSB sent letters to all the passengers of Asiana Airlines Flight 214, inviting them to the viewing of the NTSB hearing. But none showed up.

In the audience were several members of the Red Cross, a translator, a couple of representatives from United Airlines, and a couple who said they were not passengers.

No one wanted to be interviewed.

ABC7 News was told Asiana Airlines paid for the event as part of the Aviation Disaster Family Assistance Act.

This comes after the airline was fined $500,000 under that law back in Feb., for inadequate aid to crash victims' families.

On Tuesday morning, several Asiana Airlines employees were on hand to help with the event. But in this case, the help wasn't necessary as turnout was less than expected.

Department of Transportation officials say Asiana was the first family to be fined under the Aviation Disaster Family Assistance Act since it became law in 1997.

Boeing, the jet's manufacturer, released a statement on the NTSB's findings on the Asiana Airlines crash.

It reads, "The victims of this tragedy, their families and loved ones continue to be in our thoughts. Boeing respectfully disagrees with the NTSB's statement that the 777's auto-flight system contributed to this accident, a finding that we do not believe is supported by the evidence. We note that the 777 has an extraordinary record of safety - a record established over decades of safe operation. More specifically, the auto-flight system has been used successfully for over 200 million flight hours across several airplane models, and for more than 55 million safe landings. As noted in more detail in our submission, the evidence collected during this investigation demonstrates that all of the airplane's systems performed as designed. We are committed to a process of continual improvement of our airplanes, and we will carefully review the NTSB's recommendations. However, it is important that any recommendation concerning changes to the airplane's design be reviewed with great care, and with due consideration for the potential unintended consequences of any change."

To read the NTSB's final report on the Asiana crash, click here. 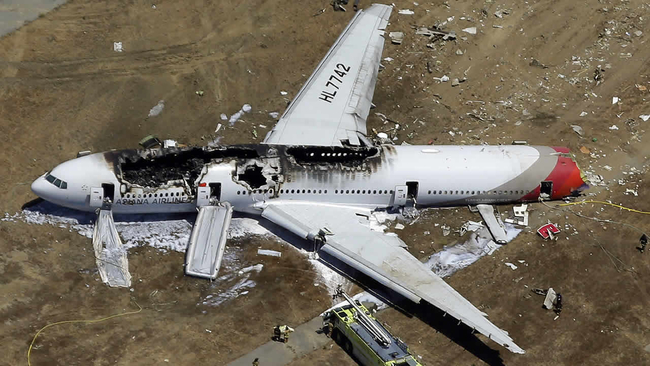 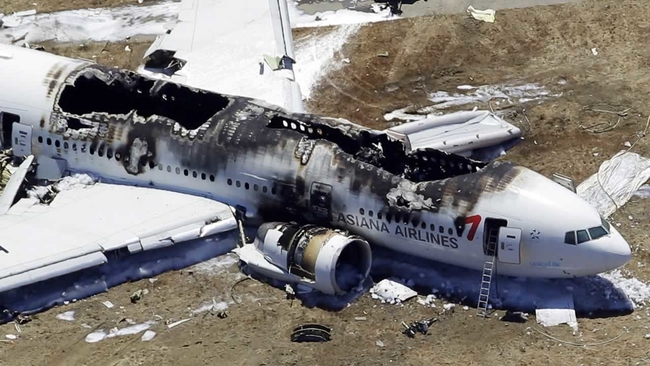 Fmr. NTSB head shares insights ahead of Asiana anniversary
More Videos
From CNN Newsource affiliates
TOP STORIES
A Day On BART 2020: What riding the trains is really like