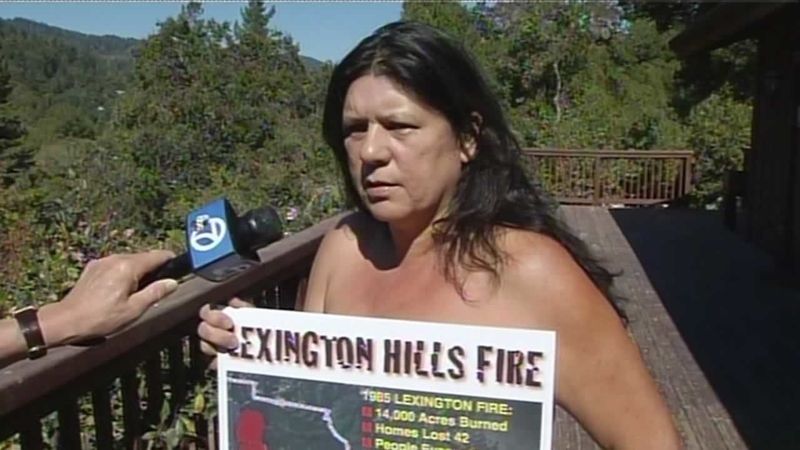 Nudist camp fights for access to water on neighboring land

LOS GATOS, Calif. (KGO) -- The former owner of what's now an open space district says the state ought to give water from its creek to a neighboring nudist camp that's been accused of pilfering public water.

That's the newest development in a water fight between Lupin Lodge and the Mid-Peninsula Open Space District.

Lupin Lodge is a nudist camp in the Los Gatos Hills. For residents, it's all about body acceptance and mutual respect for each other.

Actually, it's a clothing-optional camp, a policy that has lasted some 80 years. But the drought has changed other things dramatically.

That's because the two wells on its 110 acres are drying up, and so is the water from a nearby spring.

Lupin Lodge is now on the state's watch list as one of the five community water districts in California that's resorted to trucking in water.

The lush lawns were the first to be sacrificed. Residents now take military showers -- wet themselves quickly, soap themselves and rinse.

Last week, state rangers dismantled a hose which residents connected to a waterfall on an adjacent property owned by the Mid-Peninsula Open Space District.

They were siphoning water to fill a swimming pool and an 87,000-gallon water tank.

Camp owners say this is a base for firefighters and the pool and water tank have to be filled in case they need to use the water to battle wildfires.

But the Open Space District charges that they're stealing public water.

Sal Carilli sold the property with the waterfall to the Open Space District two years ago. He said he always shared the water with Lupin Lodge.

Carilli doesn't understand why the district can't do the same.

"They're not using it anyway. And it's also public land now and it will be helping the public," Carilli said.

"What I'd like to say is, we're naked and afraid of wildfires," Stout said.