KGO
By Laura Anthony and Lyanne Melendez
SIERRA COUNTY, Calif. (KGO) -- An Oakland barber and his two young children who were reported missing on Tuesday were found safe Thursday night.

Nicholas Vlahos, 41, and the kids had to be airlifted to safety and ABC7 News was there for the emotional reunion with the friends and family members who were waiting for them.

Vlahos said, "We are so grateful to everyone who looked for us and I'm so sorry that I caused any worry."

A four-hour trek turned into a two-day ordeal when Vlahos' truck got stuck. He said he spent 50 hours trying anything he could to get the attention of rescuers.

"We could hear them and we could see them, but they couldn't hear us. We were just too tiny. And we had fires and I had pink blankets up in trees and yellow straps all over and we left bottles by the river and we did everything we could," Vlahos said.
PHOTOS: Oakland family rescued in the Sierra return home 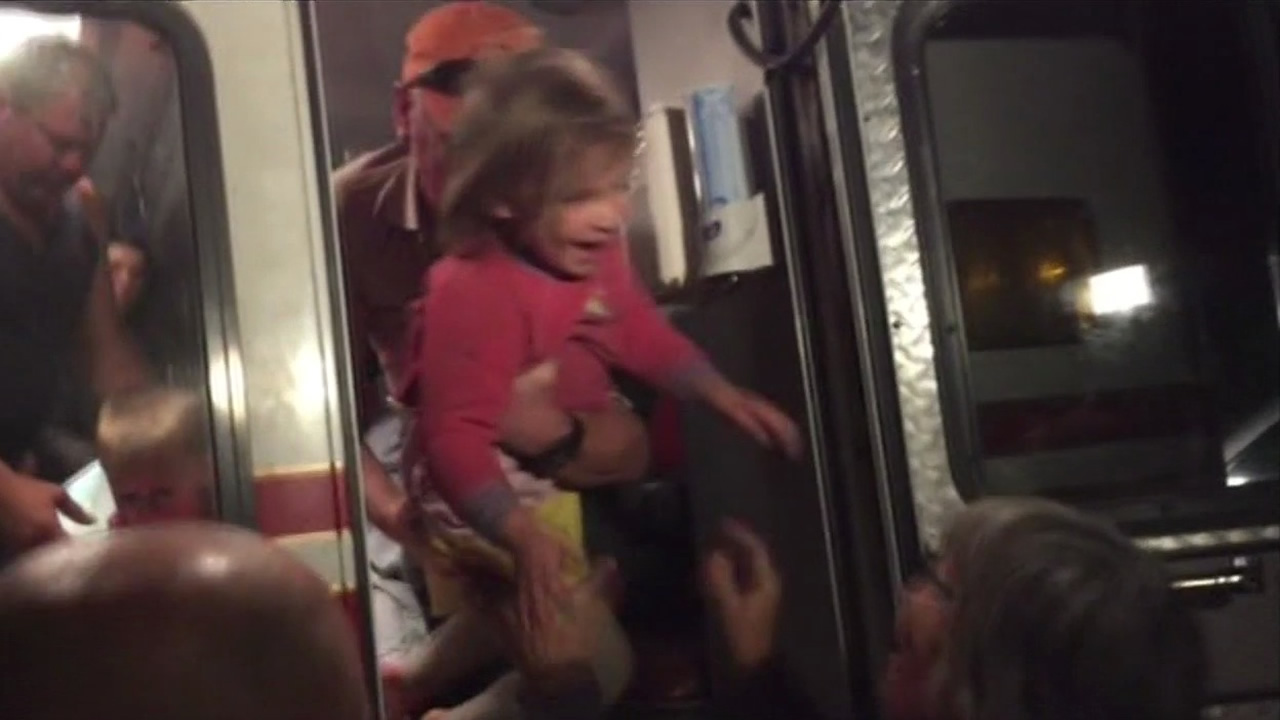 PHOTOS: Oakland family rescued in the Sierra return home
An Oakland father and his two young children, who were rescued Thursday night after being missing in the Sierra, are now on back home in the Bay Area.
Vlahos had no injuries. The kids had a few bug bites and scratches, but they and their dog "Bugs" are all doing well and good spirits.

The family was lost in a remote area of Sierra County, near a ghost town called Poker Flat.


The ordeal began when Vlahos had been camping in western Sierra County with his 5-year-old son and 3-year-old daughter, according to the sheriff's office.

Vlahos' stepfather Bon Wehmeyer and his mother were also on the camping trip with the family. They began to worry about Vlahos after he took the children on an off-roading trip up a windy, rough road and failed to contact his parents eight hours later. They then notified police.

"My hope is that we find them soon," Wehmeyer said. "It's really been very worrying. We need to get those kids out of there."

The search are concentrated on the road Vlahos was last seen driving when he left on his off-roading trip. Vlahos has some off-roading experience and has a new black Toyota Tundra that can handle a rough ride. The area where Vlahos and his children disappeared is out of range of cell service.

"This area, for the next 36, 48 miles, you don't have any cell service, except for in the town sites and it's very spotty there," said Sierra County Sheriff's Deputy Matt Boyd.

Before their disappearance, Vlahos, his children and other family members were camping at Fiddle Creek campground. They all left Tuesday and Vlahos planned to take his children off-roading in his Toyota Tundra. He texted a friend a map of his route. He told his parents he would return to the Bay Area Tuesday night, but he never did.

With the second full day of searching, Sierra County rescuers received helped from the California Highway Patrol, Nevada and Plumas County sheriff's departments, state OES and two National Guard Black Hawk helicopters that are equipped with a device that can detect heat in a search area.

Don Epperson is with the Downieville Fire Department search and rescue team, which is equipped with special dirt bikes designed to handle rugged terrain.

Vlahos' family said he is enthusiastic about off-roading, though he doesn't have a lot of experience. His family was confident he will find his way out.

Vlahos, his wife and two children live in the Millsmont neighborhood of Oakland. Neighbors, Thursday, had a lot of nice things to say about his family.

Vlahos' sister, who lives in New York, was planning to fly out to join the family. The sister said Vlahos' wife was visiting her own mother outside of California. The couple is expecting their third child.

"I only met the kids once or twice. Nick's been in here a lot to buy ice cream for co-workers and friends and he's just a really, really nice guy," said Tori McDougal of Curbside Creamery.

Anna Worden is from the Millsmont neighborhood where the family used to live. She remembers when Vlahos repaired the fence for an elderly neighbor. Worden said, "When she came home he had rebuilt her fence for her. The pieces were broken. He had added a few pieces of his own, but he had gone out of his way to do that for his neighbor, a kind gesture."