OAKLAND, Calif. -- A locksmith was sentenced today to 15 years in state prison for his second-degree murder conviction for killing his wife at their home in Oakland's Montclair district two years ago by brutally smashing her head into a stairway more than a dozen times.

Joseph Bontempo, 56, and his lawyers claimed for more than two years that he loved his wife, 57-year-old Laurie Wolfe, so much that he couldn't have been the person who killed her at their home in the 6700 block of Saroni Drive on July 6, 2014.

But on Aug. 9, defense attorney Palden Ukyab finally admitted in his closing argument that Bontempo killed her, although he said Bontempo should only be convicted of the lesser charge of manslaughter, not murder.

Ukyab said Bontempo killed Wolfe in a "brutal" manner in the heat of passion because he finally snapped after what he said was a bad marriage that he described as "a cauldron."

Bontempo and Wolfe had been together for 23 years, including 12 years of marriage, but Wolfe was emotionally closer to veterinarian Dr. Brent Martin, who was a former flame who had wanted to marry her, Ukyab said.

Wolfe was dead when paramedics arrived at the couple's home in a quiet residential area shortly after Bontempo called 911 at 6:30 p.m. on July 6, 2014, and said Wolfe had accidentally fallen down a flight of stairs.

But Alameda County prosecutor Laura Passaglia said the paramedics who came to the house immediately were suspicious of Bontempo's story because there was blood on the walls and carpet next to the stairs and it appeared that Wolfe had been dead for several hours.

Passaglia said investigators found Bontempo's DNA underneath Wolfe's fingernails, which she said shows that Wolfe was fighting back to try to save her life after he attacked her.

Pathologist Dr. Thomas Rogers ruled that Wolfe's death wasn't an accident and instead was caused by multiple blunt injuries to her central nervous system, ribs and fingers.

Passaglia said no evidence was presented that Bontempo had a negative view of Wolfe and even if the couple's marriage was as bad as Ukyab said it was, the appropriate solution for Bontempo would have been to divorce her, not to kill her.

Bontempo's sentencing hearing today lasted only 30 seconds. He didn't speak and neither did the attorneys nor five relatives and friends of Wolfe, who didn't have any children.

Chris Kearns of Oakland, one of Wolfe's cousins, said afterward that Bontempo's case "turned out like I predicted from the beginning," with Bontempo being convicted of murder.

Kearns said many of the couple's friends "had their heads buried in the sand" and couldn't believe that Bontempo could have killed Wolfe.

He said he also initially had doubts that Bontempo killed Wolfe but, "I swung around after a few weeks because there was no way that anyone else could have killed her."

Kearns said he had noticed problems in the couple's marriage for many years and had warned Wolfe and Bontempo to get a divorce before things got worse.

"I could see and feel the tension and I thought they should stop one step ahead of madness," he said.
Related topics:
oaklandcrimemurderhomicide investigationshooting
Copyright 2020 by Bay City News, Inc. Republication, re-transmission or reuse without the express written consent of Bay City News, Inc. Is prohibited.
MURDER 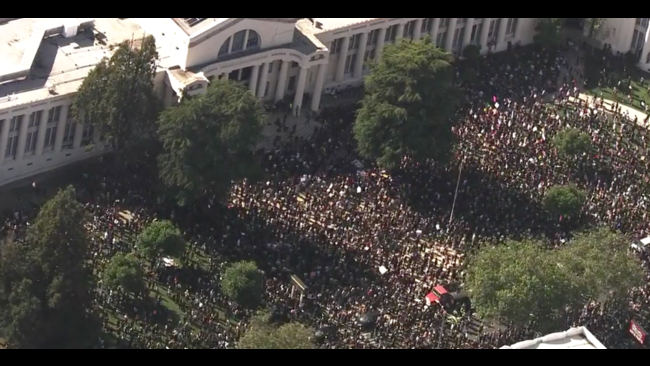