KGO
By Laura Anthony
HAYWARD, Calif. (KGO) -- A dramatic car chase ended Friday morning with Oakland police finding a San Leandro man tied up in the trunk of a car.

Two suspects were arrested and accused of kidnapping that man for ransom.

The victim was found in the trunk of a car at the end of a chase that started in Oakland and ended in Hayward at around 8 a.m. The incident began Thursday night around 10:30 p.m. when a business man in his 50s was kidnapped at gunpoint from an East Oakland parking lot. He was then taken to a house outside of Oakland. 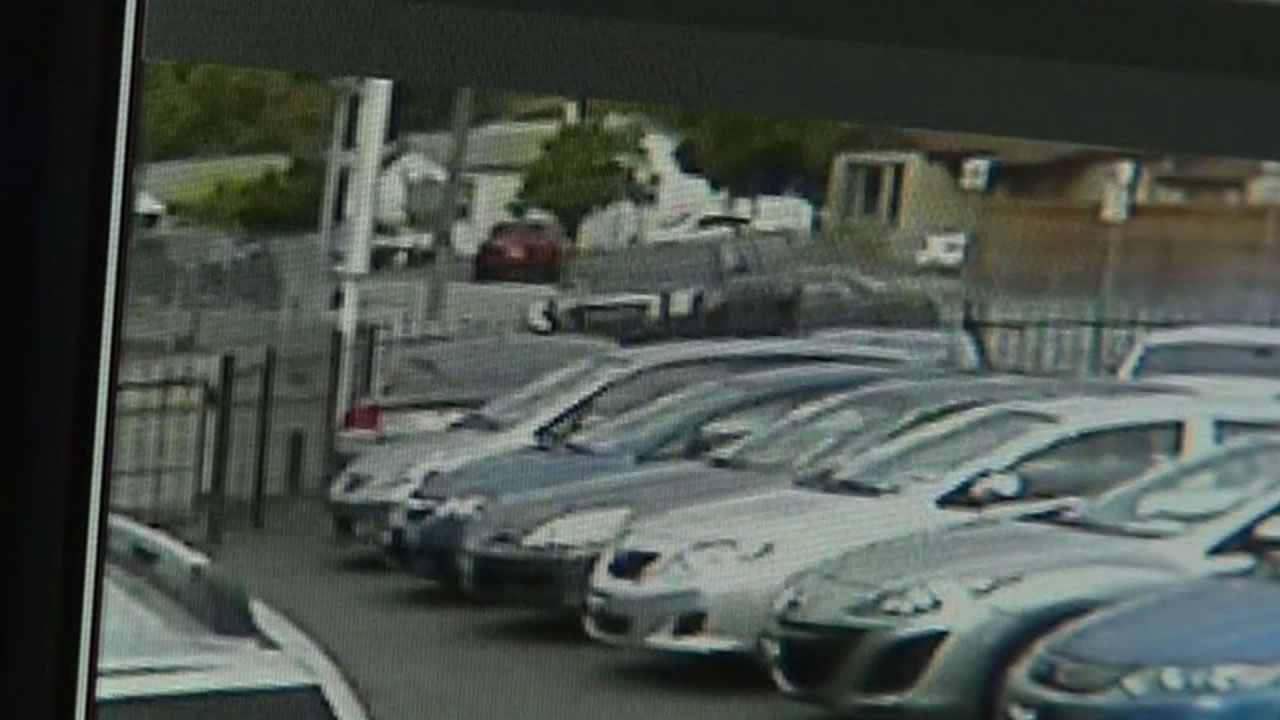 Video show police chase end in crash, victim freed
Surveillance video captured the last few minutes of a police chase that ended in Hayward and resulted in the arrest of two kidnappers.

A witness captured cellphone video Friday morning of police surrounding a dark colored Buick, after it crashed through a chain link fence. Officers arrested two suspects while others worked to free someone from the trunk.

"When we took the suspects into custody, we heard sounds at the trunk area," said Oakland police Lt. Nishant Yoshi.

"They're asking for a crowbar and I heard them asking for if they got the bag out. When they opened the trunk, there was a hostage in the trunk and they proceeded to lift him out fireman style," said Jonathan Bradbury, a witness.

The cellphone video shows officers carrying the victim, his hands and feet bound, just freed from the trunk.

Police said the victim is recovering from the incident.

"I just met with him. He's very glad to be back home with his family," Yoshi said. "He has some minor injuries, but he's going to be all right."

Oakland police believe the victim was targeted by the kidnappers.

OPD says kidnap victim "targeted" by kidnappers, who asked for an undisclosed ransom. Victim was alone when taken. pic.twitter.com/ySKdVdJVax

OPD confirms they have rescued a man kidnapped for ransom. Started last night in Oakland, ended in chase in Hayward. pic.twitter.com/Op6X8EP23D

Oakland Police say they have recovered a person who was kidnapped and held for ransom. He victim was in a car trunk. pic.twitter.com/VbsfvCY1rn