By by Tess Stevens 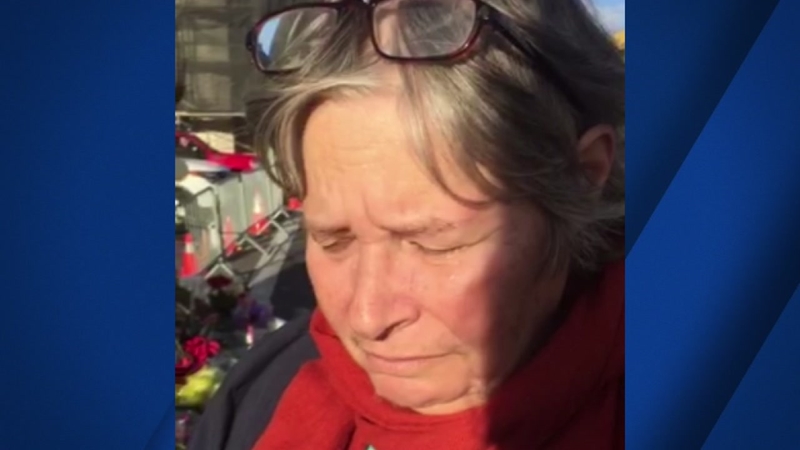 OAKLAND, Calif. -- The scene at 31st Avenue and International Boulevard was being cleared of debris Tuesday from the Ghost Ship warehouse fire. As crews worked to remove the rubble and Oakland continued to search for the cause, people from all over the Bay Area visited memorials to honor the victims whose lives were cut short, many of whom were artists, musicians and creatives.

Several people placed a single candle or handwritten note down near the memorial site on 31st Ave. near the Wendy's restaurant that has been closed for three days due to recovery efforts. Others just stood and stared. Momentos, flowers and artistic depictions of the victims drew the eyes of onlookers who saw the messages written on everything from notebook paper to canvas.

Helen, a hospice nurse from Oakland, expressed her sorrow by coming to the Oakland intersection where the fire happened. When asked why she came she said, "These are kids in our community and this is my community. I couldn't not come."

"Their lives meant something, and made the world better," she said.


Helen told ABC7News her daughter is a dancer and has been to places like the Ghost Ship. She recalled the terrifying notion of not being able to reach her for eight hours on the night of the deadly fire.

When asked if she had a message to the victims, or the Oakland arts community she said,"Keep making art. We need it more than anything."