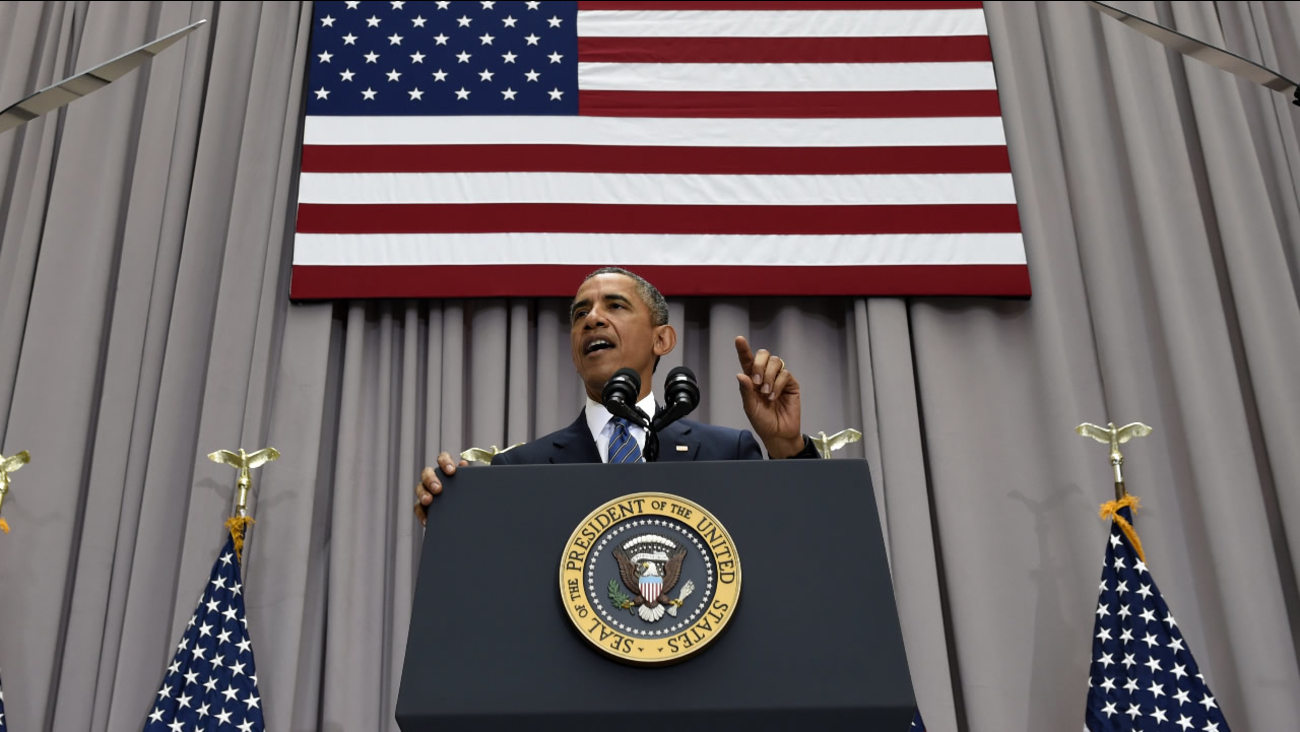 WASHINGTON -- President Barack Obama launched a blistering denunciation of opposition to his Iran deal Wednesday, arguing that none of the criticism stands up to scrutiny and warning that if Congress blocks the accord it will put the U.S. on the path to another Middle East war.

"The choice we face is ultimately between diplomacy and some form of war," Obama said in an address at American University. "Maybe not tomorrow, maybe not three months from now, but soon."

Seeking to isolate his critics, Obama said the rest of the world supports the Iran accord, with the notable exception of Israel. He reaffirmed his support for Israel's security and said he doesn't doubt the sincerity of Prime Minister Benjamin Netanyahu, one of the fiercest opponents of the agreement.

But in a blunt assessment of Netanyahu's views, Obama said "I believe he is wrong."

The president's address, which lasted nearly an hour, was part of an intense summer lobbying campaign by both supporters and opponents of the nuclear deal. Members of Congress will vote next month on a resolution either approving or disapproving the pact.

Opponents of the deal say it would leave too much of Iran's nuclear infrastructure in place and allow Tehran to start rebuilding its program after a decade. Critics also contend Iran will use an influx of funds now frozen under international sanctions to boost terrorist activity around the Middle East.

The White House has urged lawmakers to vote solely on the deal's ability to prevent Iran from building a bomb, not on its other destabilizing activities or anti-American sentiments.

Obama said that while Iranian hardliners may chant "Death to America" in the streets of Tehran, that's not the belief of all Iranians.

Republicans, who are largely united in their opposition to the diplomatic deal, appeared unmoved by the president's lengthy address. Sens. John McCain of Arizona and Lindsey Graham of South Carolina accused him of relying on "endless strawmen to divert attention from his failed policies."

Obama drew on history to bolster support, saying the accord builds on an American tradition of "strong, principled diplomacy" with adversaries, including the former Soviet Union. He spoke at the same university where John F. Kennedy called for Cold War diplomacy and nuclear disarmament.

Recalling more recent American history, Obama cast the upcoming vote in Congress as the nation's most consequential foreign policy debate since the 2002 vote to authorize the Iraq war. He said many of those who oppose the Iran pact are the same as those who pushed for the war, which is now known to have been based on flawed intelligence.

While Obama was an early opponent of the Iraq war, several of his top foreign policy advisers voted for the 2002 authorization, including Vice President Joe Biden, Secretary of State John Kerry and former Secretary of State Hillary Rodham Clinton, the front-runner for the Democratic presidential nomination. They now say the war was a mistake.

The agreement between the U.S., Iran and international powers aims to dismantle much of Tehran's nuclear program in exchange for billions of dollars in relief from economic sanctions. The White House says the deal would cut off all of Iran's pathways to a bomb and mandate robust inspections that would catch Tehran if it cheats.

Challenging those who say the U.S. should have layered tougher sanctions on Tehran and held out for a better deal, Obama said they "are either ignorant of Iranian society or they're just not being straight with the American people."

"If Congress were to kill this deal, they would not only pave Iran's pathway to a bomb, they would accelerate it," Obama said.

The White House is preparing for the likelihood that lawmakers will vote against the deal next month and is focusing its lobbying efforts on getting enough Democrats to sustain a veto. Only one chamber of Congress is needed to sustain a veto and keep the deal in place.

Obama spokesman Josh Earnest said Monday that the White House is confident it can sustain a veto "at least in the House."

Democratic Sen. Chris Murphy of Connecticut, a member of the Foreign Relations Committee, announced his support on Wednesday, saying there is "no credible path to a better deal if the sanctions get weaker and Iran's nuclear program gets stronger. The agreement has flaws, but the prospect that a better deal would result from congressional rejection seems like pure fantasy to me."