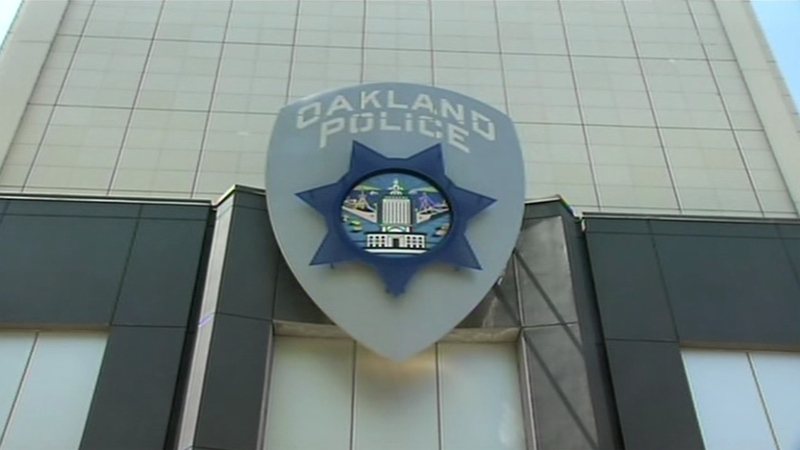 OAKLAND, Calif. (KGO) -- Oakland Mayor Libby Schaaf said on Friday that a series of recent misconduct allegations against some of the city's police officers, including sexual misconduct with a minor, are "very disturbing" and could hurt efforts to build trust with the public.

Speaking at a late Friday afternoon at a news conference at City Hall, where she was joined by Police Chief Sean Whent, Schaaf said, "This type of misconduct doesn't do justice to the citizens of Oakland and does an injustice to a (police) department that has made tremendous progress" in making reforms to comply with the 2003 settlement of a major misconduct lawsuit.

Schaaf said, "It's truly tragic that this conduct is happening at this time. Although there's still more work to do, the department has worked hard to develop the public's trust."

Whent said that in the past month three officers have been placed on paid administrative leave while the department investigates allegations that they were involved in sexual misconduct with an underage woman.

Attorney Mike Rains says his office is representing the officers.

"It's tragic if the district attorneys succumb to media pressure and don't make charging decisions based on the evidence," said Rains.

In April, Officer Cullen Faeth was charged with misdemeanor battery, trespassing and refusing to leave private property for an alleged drunken assault on a woman and her husband at their home in the Oakland hills in December. He's on paid administrative leave.

Also in April, Officer Matthew Santos was fired and was charged with two felony counts for allegedly using a gun while off-duty to threaten a man who was painting his apartment door in Emeryville on Feb. 17.

The Oakland Police Department has also been rocked by the recent public disclosure that 30-year-old Officer Brendan O'Brien committed suicide last Sept. 25 and that his wife, Irma Huerta-Lopez, committed suicide on June 16, 2014.

Whent said he was "very concerned" about Huerta-Lopez's death and ordered "a very thorough investigation" that included senior homicide investigators to determine if it was a suicide or a homicide.

But he said the investigation concluded that her death was a suicide, even though there were two gunshot holes at the couple's apartment in the 8000 block of Greenridge Drive in the Oakland hills.

The coroner's report says, "according to a note of intent he left at the scene, he was suicidal and a series of events regarding his wife and work prompted him to commit suicide."

Whent said it's "not uncommon" for people who commit suicide to fire two shots and gunshot residue was found on Huerta-Lopez's hands.

Residue was also found on O'Brien's hands, but police said that may have been a result handling weapons as part of his duties as an officer.

Schaaf said that as of today the Alameda County District Attorney's Office has agreed to conduct parallel and independent investigations of the sexual misconduct allegations as well as of the apparent suicides of O'Brien and Huerta-Lopez.

Schaaf said she also issued an executive order requiring that the District Attorney's Office be notified of any future suspicions of wrongdoing on the part of Oakland officers.

Whent said the sexual misconduct allegations against the three officers "are extremely troubling" and he has asked his department's inspector general to look at all alleged officer misconduct incidents in the
past several years.

Whent said many of the incidents involved conduct by officers when they were off duty but he expects his officers to maintain high standards both on and off duty.

Whent said the "overwhelming majority" of his officers are honest and hard-working but he said the recent misconduct allegations "have marred our reputation."

Attorney John Burris is a member of an OPD oversight committee.

"We need to get to the bottom of all of this not only if it's a homicide/suicide versus a suicide with notes that in fact implicates other people involved with sexual relation or sex texting with other officers," said Burris.

Burris questions whether an internal affairs or criminal investigation was conducted in a timely and professional manner.

"If there's a cover-up, heads must roll," said Burris.

By phone the victim told ABC7 News, "We didn't do anything."