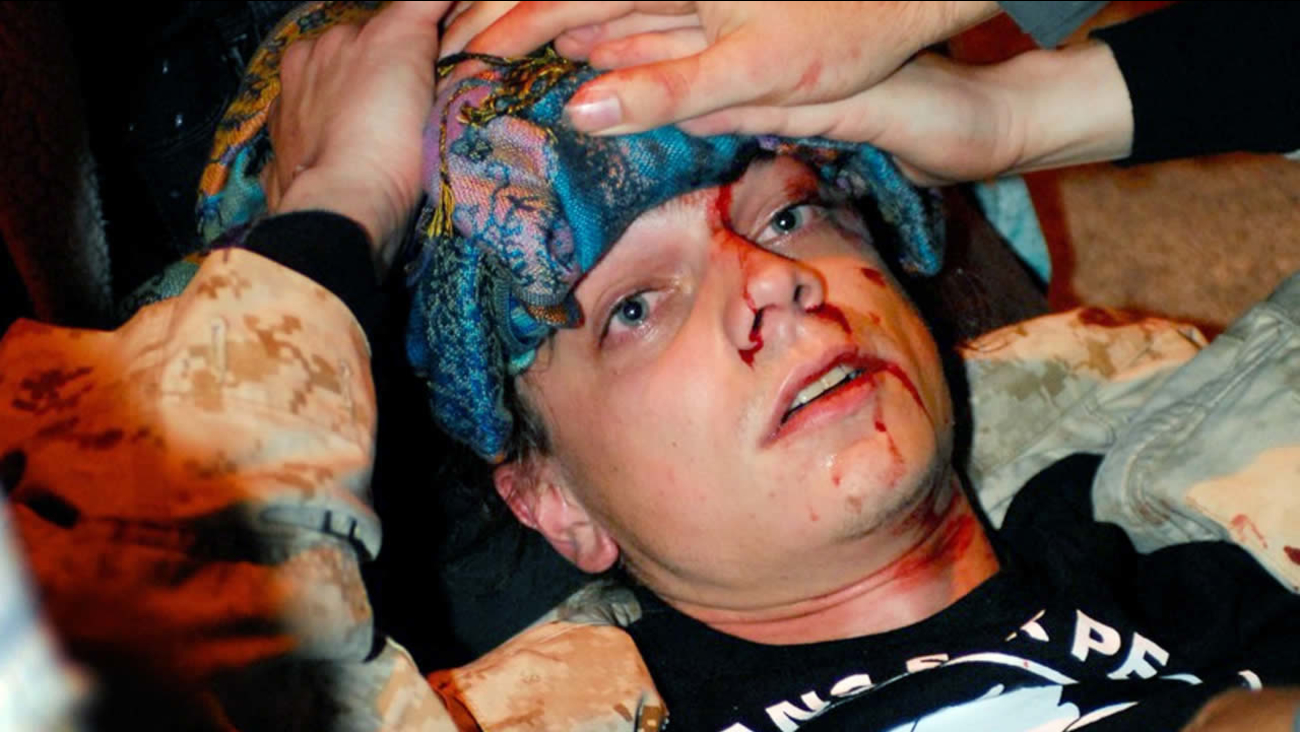 In this Oct. 25, 2011 photo, veteran Scott Olsen lies on the ground bleeding from a head wound after being struck by a projectile during an Occupy protest in Oakland, Calif. (AP Photo/Jay Finneburgh)

OAKLAND, Calif. (KGO) -- An Oakland police officer who was fired for tossing a tear gas canister into a crowd of Occupy protesters that were trying to help an Iraq War veteran after he was hit in the head by a bean bag is getting his job back.

On Wednesday, an arbitrator ordered Officer Robert Roche to be reinstated with full back pay and benefits.

The arbitrator ruled that Roche was justified in his actions because he was following a superior officer's orders.

The tear gas canister incident happened during an Occupy Oakland protest in 2011 less than a minute after Scott Olsen was hit in the head by a bean bag fired by an unidentified officer, fracturing the veteran's skull.