Oregon hunters under investigation for taking bear cubs from wild

ABC
PORTLAND, Ore. -- Two bear cubs are being treated and two hunters in Oregon are under investigation for what authorities there say the pair did when they found the cubs in the wild.

EXCLUSIVE: Are Nevada officials hauling bears away for hunting?

Weighing in at just five pounds each, the cubs are now in the care of veterinarians.

They were brought to the PAWS Wildlife Center after police say two hunters found the cubs near Portland, saw no sign of their mother, and decided to bring them home where they were kept for as long as two days before they contacted wildlife officials.

The hunters are now under investigation. It is illegal to keep wild animals in captivity.

Corey Hanock says he didn't realize that when he found a bear cub injured, emaciated and alone in Oregon last month. "My heart was racing," he said. "I was trying to figure out what to do."

After posting on social media asking for advice, he brought the bear to the wildlife center.

Now, it and the cubs rescued this week are together, being cared for in an enclosure with minimal human contact.

"It is very important that they associate humans with bad things as opposed to being a source of food or a source of social interaction," said Dr. John Huckabee of the PAWS Wildlife Foundation.

The wildlife professionals are urging people to call officials anytime there's a concern about an animal, rather than taking matters into their own hands.

As for the cubs, vets plan to keep them at the facility for a year before releasing them back into the wild. Bear breaks into rental home and takes Reese's and beer 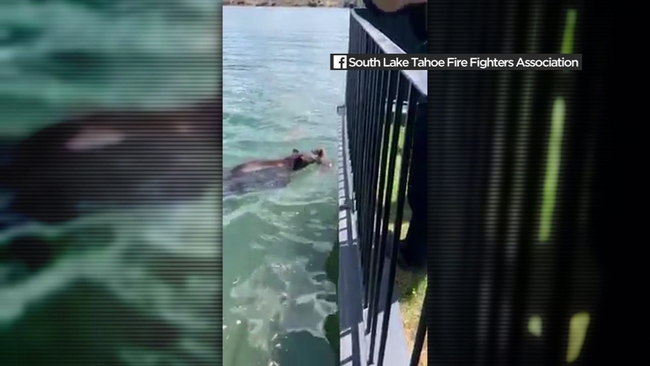