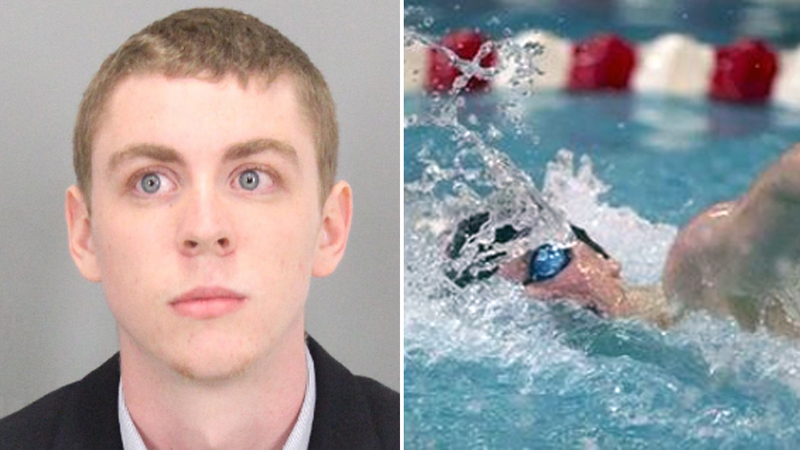 STANFORD, Calif. (KGO) -- The outcry is growing after a former Stanford swimmer was found guilty of sexually assaulting an unconscious woman and was sentenced to six months in jail.

Critics say that's not enough and are now pushing to recall the judge in the case.

Brock Turner, 20, is the former Stanford swimmer convicted of sexually assaulting a woman who was intoxicated and unconscious in January 2015. But today, the Santa Clara County superior court judge presiding over the trial, Aaron Persky, has been cast as a villain as well.

"There's no question it was a lenient sentence," said Abrams

District Attorney Jeff Rosen wanted six years and expressed disappointment when Persky gave Turner just six months. Tens of thousands of others are also expressing their disappointment online with a Change.org petition to get Persky removed from the bench and now the battle of the statements.

Turner's father, Dan Turner wrote a letter to the court asking for probation. Turner said his son has already paid a steep price "for 20 minutes of action out of his 20 plus years of life."

#brockturner father: son not "violent" only got "20 mins of action" shouldn't have to go to prison. @thehuntinground pic.twitter.com/IFECJs687b

Stanford law professor Michelle Dauber posted the transcript on Twitter. The victim also read a letter in court. It has been shared and viewed millions of times on social media. Some of it focused on what she's gone through over the past year and a half and the probation department's recommendation for six months in jail. In part it read: "Assault is not an accident. This is not a story of another drunk college hookup with poor decision making. Somehow you don't get it."

For many expressing outrage online, the judge and probation department didn't get it, but her suffering could lead to changes in the future.

"I think she's having an impact with her words. With her advocacy with her anger and frustration with this sentence," said Abrams.

This is letter to court from Brock Turner's dad about impact conviction had on his son. Brock got 6 month sentence. https://t.co/F6zNYeWRhI