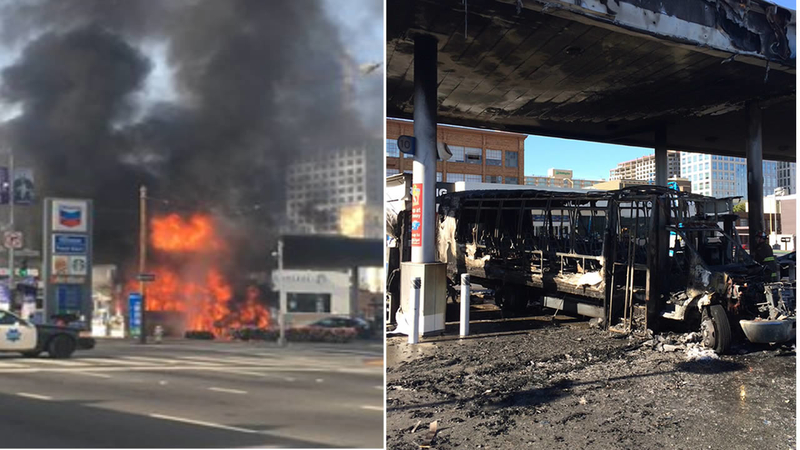 SAN FRANCISCO (KGO) -- A bus was destroyed in a dramatic fire at a gas station in San Francisco's South of Market neighborhood Monday afternoon.

Fire officials say the 25-person bus pulled into the Chevron station at Ninth and Howard streets around 2:30 p.m. after the driver noticed that it appeared to be overheating, Assistant Fire Chief Tom Siragusa said. 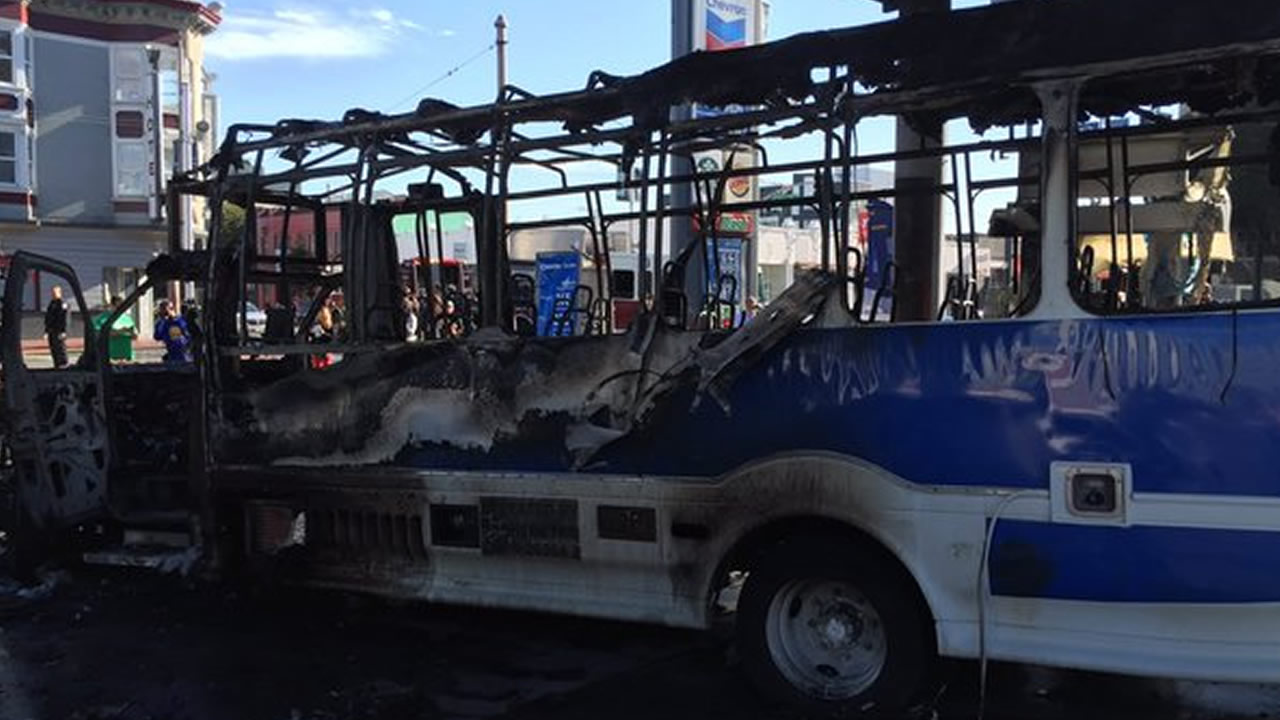 The driver opened the hood to check the engine compartment and walked into the gas station store for a minute before others in the area alerted him that smoke was coming out of the engine block, Siragusa said.

The driver returned to discover the bus was on fire and called for help at 2:33 p.m., Siragusa said.

Firefighters arriving on the scene found the bus, fueled by liquid petroleum gas, engulfed in flames. Because there was the potential for explosion, firefighters retreated to a safe position and put a large amount of water on the fire, extinguishing it by shortly before 3 p.m., Siragusa said.

Loud booms were heard during the fire. Siragusa said investigators were still working to determine what caused them but they could have been linked to the tires exploding or possibly a gas tank.

However, there was little danger of the gas pumps exploding during the fire because gas stations have protections in place to guard against such an event, Siragusa said. When the fire was reported, a gas station employee immediately shut off fuel to the pumps.

There were no passengers on the bus and no civilian injuries were reported. One firefighter suffered a minor injury when he was struck by a piece of equipment.

Burned paraTransit van about to be towed out of Howard St. gas station where it caught fire. No injuries. pic.twitter.com/fy335eoqLZ

Just evacuated from the cafe across the street from this fire in soma pic.twitter.com/VIvIIvXtel