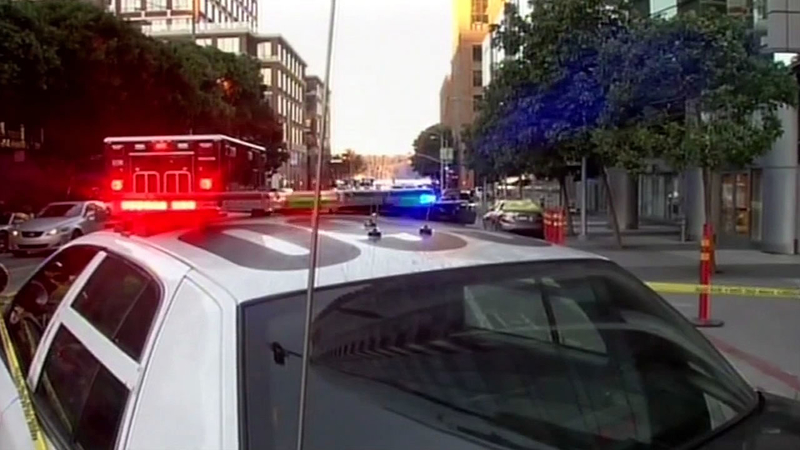 SAN FRANCISCO (KGO) -- There is an eye-opening new report out on the conduct of the San Francisco Police Department.

Lawyers from a blue ribbon panel appointed by District Attorney George Gascon will release its preliminary report on the San Francisco Police Department.

San Francisco police issued a response to the report saying in part: "The department respects D.A. Gascon's blue ribbon panel and it shares the same goals, but the preliminary findings appear to echo much of Mr. Gascon's testimony before the panel."


To put that into perspective, San Francisco Police Department Chief Greg Suhr also testified before this panel and much of that testimony contradicted that of Gascon's.

A panel of lawyers spent a year looking into the inner workings of the San Francisco Police Department.

Their preliminary findings reveal that the department lacks transparency and accountability, that some officers are engaging in stop and frisk searches where minorities are often the ones targeted. That there is a potential for bias and favoritism in hiring and promotions.

Use of force, the panel said needs revision and that there is no transparency in the disciplinary process.

But as far as a culture of racism and bias, the panel of lawyers had mixed responses. Anand Subramanian is executive director of the blue ribbon panel. "Several offices of color said without a doubt there's a culture of bias and certain officers just said there's absolutely no institutional bias," he said.

Gascon picked the three-judge panel to dig deeper into the texting scandal.

At the same time, a panel of lawyers reviewed the department's policies.

The lawyers allege that even if there were good protocols, there is a lack of oversight.

The police union was critical of the report. "It doesn't surprise us, this was a witch hunt from the beginning. We knew that, we knew the minute George Gascon did this, it
was for political posturing. This was produced, directed, written and co-starring George Gascon," San Francisco Police Officers Association spokespersonGary Delagnes said.

The three judges will review the findings as well as Monday night's community feedback and come up with a final report.