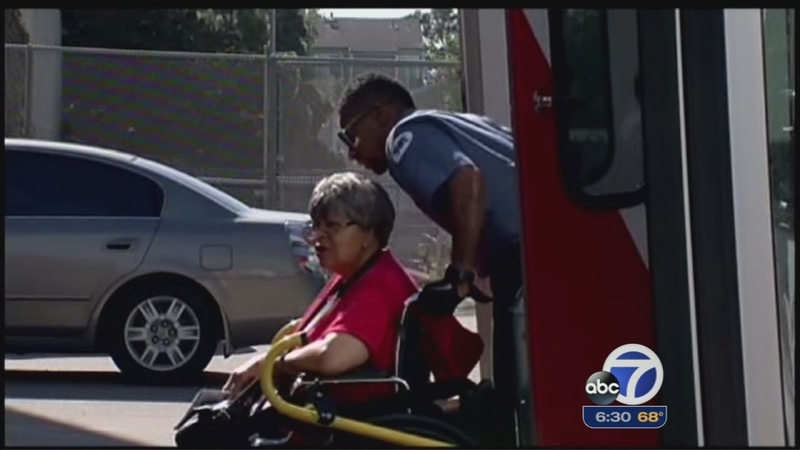 SAN FRANCISCO (KGO) -- San Francisco's seniors and people with disabilities are anxiously waiting to find out if the drivers they trust to get them around town will strike.

The two sides announced Thursday evening that they reached a tentative agreement. The drivers will vote on it this Saturday. If it's not approved, the impact will be felt far and wide.

Every weekday, about 100 seniors come to the Bayview Adult Day Center. Almost all use Muni's Paratransit to get there.

To thousands of wheelchair users like Katie Blocker, the lift van service is their lifeline to the outside world. Without it, her days would be bleak.

"I got a window looks this way," she said. "And I look out the window. That's about it."

The city contracts with MV Transportation to run the lift van service. The day center was told last week that the teamster's paratransit drivers rejected MV's final contract offer and that a strike could happen anytime.

The facility's director, Cathy Davis, says that if it does, there are no good options.

"Our staff was figuring out systems," she said. "You know, picking them up by car, neighbor's friends, whoever we could get to bring them in if the strike did happen."

Barbara Jackson relies on MV's lift vans. Her daughter used to take her, but she lost her job because she was always late to work. Jackson prays there won't be a strike.

"I'd probably just have to stay at home," Jackson said. "I don't want to have to do that."

SFMTA spokesperson Paul Rose tells ABC7 News that the two sides are close to an agreement.

"So we're very optimistic something will be worked out and we can avoid a strike that can affect so many people in the city," he said.

But the talks are complicated because MV Transportation has told the city it wants to stop providing paratransit service when its own contract runs out.

Kathryn Simpson's son Sam relies on the lift vans. She says the drivers wonder what will happen when a new company takes over.

"If a new company comes in and doesn't accept the union, they will walk, so it's a no win situation," she said.