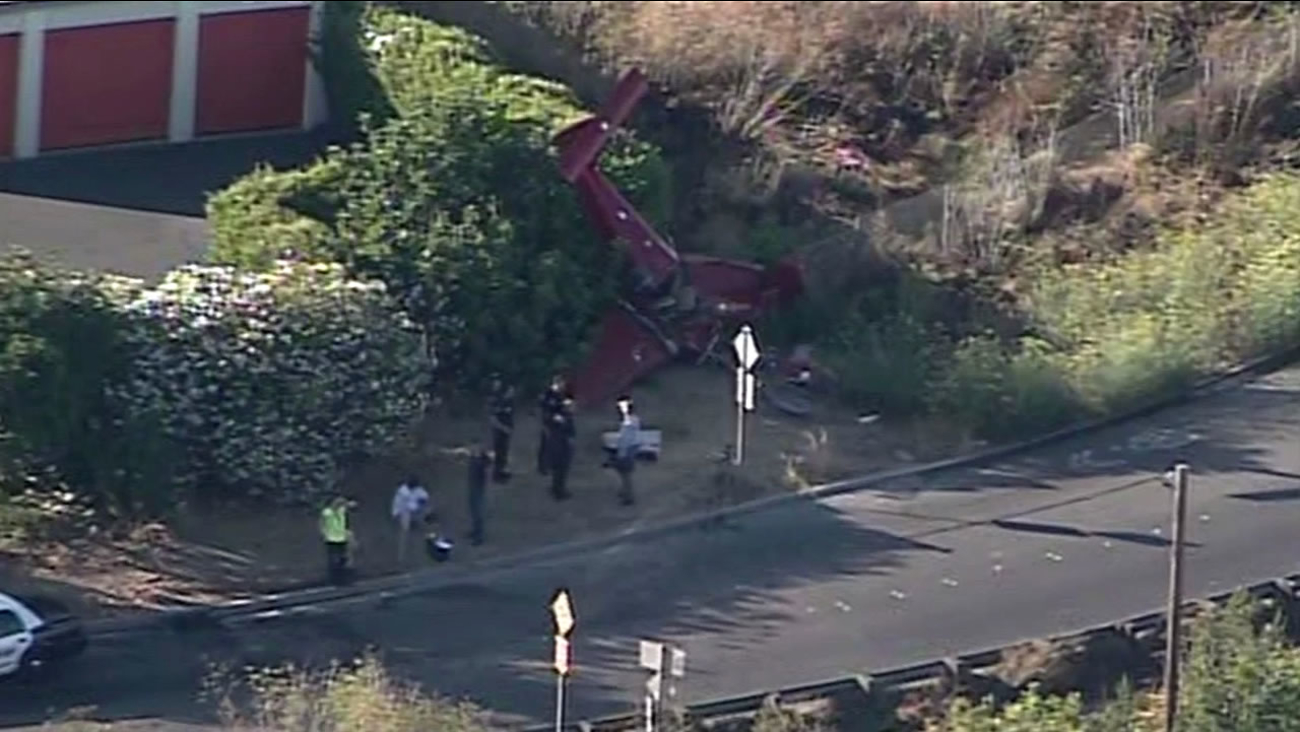 A small plane crashed across the street from the San Carlos Airport in San Carlos, Calif. on Thursday, August 27, 2015. (KGO-TV)

SAN CARLOS, Calif. -- Redwood City police say the pilot of a small plane that crashed after taking off from the San Carlos Airport Thursday evening walked away without injuries.

Crew taking plane back to airport. Pilot crashed during take-off and walked away. #abc7now pic.twitter.com/FvCkIv4S2q

The plane, described by a Federal Aviation Administration spokesman as a DV-1 Skylark, came down in the 300 block of Shoreway Road near Holly Street at 5:21 p.m., according to police Sgt. Nick Perna.

The plane, which had just taken off from the nearby San Carlos Airport at the time, landed on the side of the road, Perna said.