Plans to remove trees in The Haight causing controversy in SF 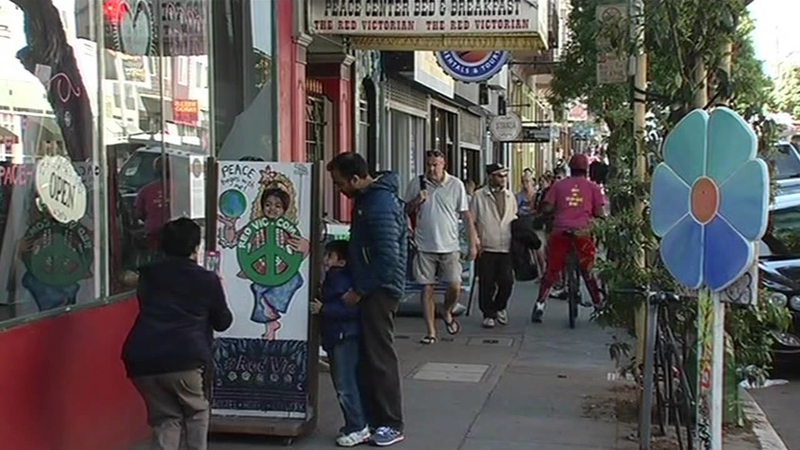 SAN FRANCISCO (KGO) -- Along Haight Street in San Francisco, there are old trees, failing trees, trees blocking street lights or too close to utility poles and then there are those that continue to damage the sidewalk.

San Francisco public works says some have to come down.

"It can be a danger to pedestrians or others in the neighborhood or the tree just won't thrive," explained Rachel Gordon with the San Francisco Public Works Department.

The initial report called for removing about 35 trees, and relocating some, but public works is still assessing that number. Also, they will replace one tree with another, but not necessarily in the same spot.

The municipal transportation agency will be also be working on its Muni Forward project, which calls for putting more stops signs, reducing bus stops and adding bulb outs to guarantee pedestrian safety along the Haight corridor.

So where some of the new trees will go up depends on the Muni project, which is creating controversy. Some merchants say they don't trust what the city is doing.

"I would be skeptical as to why they are cleaning a street and make it nicer. What are they really trying to do with the tress, it's like one step before they do more," said Brandon Fuller, a local merchant.